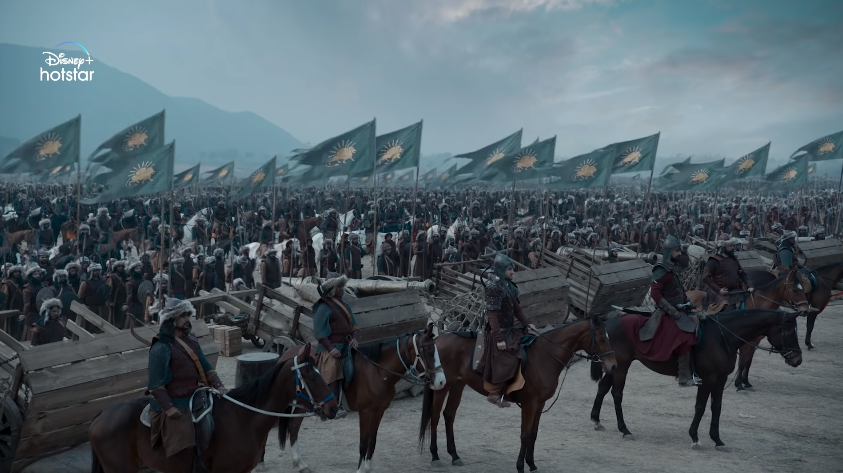 At the end of “The Empire” Episode 2 we saw that, –Babar is eager to go Hindustan since from his childhood.  Altogether after demise of his father, Babar is now Ferghana‘s new king. Moreover you can find here another movies review. You’ll get here The Empire Season 1 Episode 2 Story Explanation.

Babur and Wazir Khan with their commander, has gone into SamarKand, because he want to kill Shaibani and rule there.

But Shaibani has reached at Ferghana, everyone stood up in fear there. After that Shaibani, meet to late Umar Shaikh concubine and his illegitimate son. Shaibani is provoking them, as long as Kings real blood alive no one can sit on throne.

Now scene shifted and Wazir, Babur & Mehmood cross the wall of Samarkand. But a commander grab them and asked them what they are doing here? Meanwhile Mehmood has killed Abu Bakshi’s commander, and go further quietly.

Now scene shifted, Babur and Wazir get aware that Shaibani imprisoned Babur’s family. Therefore Babur is now ready to give him Ferghana. In return Babur wants his family release soon. Now Shaibani released Babur family and they reached in Samarkand.

Furthermore Shaibani killed Umar Shaikh illegitimate son. In the next side Babur set on the throne of Samarkand, and Shaibani is at Ferghana.