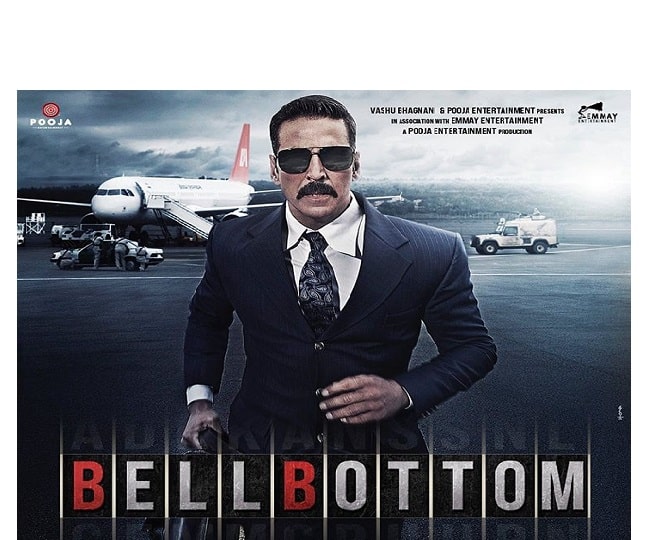 Scene started from 1978, here we know there is many terrorist organisation in India. So they are trying to distroy India. Terrorist find a way of hijack a plane, because this is more affected plan.

Now we see a plane, in which more than 200 passanger, some guys come there and they hijacked the plane. But the Pilot of the plane tapped red button on plane and then Indian parliament get aware someone hacked indian air-plane. Lara Dutta is playing a role of Indira Gandhi, as a PM. So one of the officer is suggesting Anshul Malhotra’s name to solve this situation. He is one of the analyst of RAW, and Bell Bottom is his code name.

Now Story Turns In 4year Back –

Anshul is preparing for UPSC, altogether he teach franch language and dance. Anshul is married he lived with his wife Radhika and mother. His brother Aashu lived in London, So his mom wants to go there. Same plane hijacked by some people.

When Anshul get aware he runs towards ministry office. Where minister is telling to crowd that he is agree with the hijackers deal. So they will release all passanger as soon as possible. At Delhi Airport when plane landed, Anshul go to meet his mom, and find she has died.

Anshul reached in ministry office where they are making a plan to release hostages. Other Analyst is thinking that “Azadi Dal” hijacked this plane. But Anshul is saying “ISI” is involved in this mess, and they are using “Azadi Dal” name. Bell Bottom is saying if they will land this plane at Lahore then definitely Azadi Dal is not involved, and it will ISI.

Meanwhile they get a source that the plane landed in “Amritsar”.

RAW some officer kidnapped Anshul, because they are forcing him to join RAW. But Anshul is denying to join. when he think about his mom, finally get agree to join RAW. So RAW started his training, Anshul is a very sharp guy. But he is little weak in Physical. But his officer make him all rounder.

Now Anshul is a all rounder sharp analyst of RAW, one day Anshul smashed with a guy in Gurudawra. Anshul is feeling some fisy to see him, so he grabbed him. After grab him, Anshul find they are terrorist so he find their all gang, and then informed to RAW. When Raw’s some agent with Anshul go to grab other terrorist, they able to find some of them. But a terrorist who dressed up like a girl, escaped rom there, meanwhile Anshul saw him. But Anshul is unable to run behind him.

Furthermore ISI team is handovering this hijack case to Kajin. He is the same guy who escaped four years ago, in a girl look, when Anshul was almost ready to grabbed him. So now Kajin decide to land this plane in Dubai.

In the next side Bell Bottom, has prepared his all team, and reached in Dubai. Atila Rehman she worked in Dubai international airport and she is working like an Indian agent, and sharing all information.

According to Bell Bottom plan-A they will enter from Plane luggage door. But ISI chief saw, indias one soldier is trying to enter inside the plane from Luggage door. So they informed Kajin and he closed all the door. When Bell Bottom activate his plan-B it spoiled. So now they don’t have any other option rather than negoiate.

RAW senior officer is going inside the plane to negotiate. Where Kajin is saying they want their five man, who caught four years ago, with 1million pounds of money.

Indian RAW team is ready with terrorist deal. All hijacker is ready to come out from the plane, meanwhile a wind velocity increase there, and all sand is blowing in the air. Bell Bottom with RAW agent taking advantage of this opportunity, and start to attack on them. Moreover they successfully caught all the terrorist hijacker. After that plane successfully landed in India.