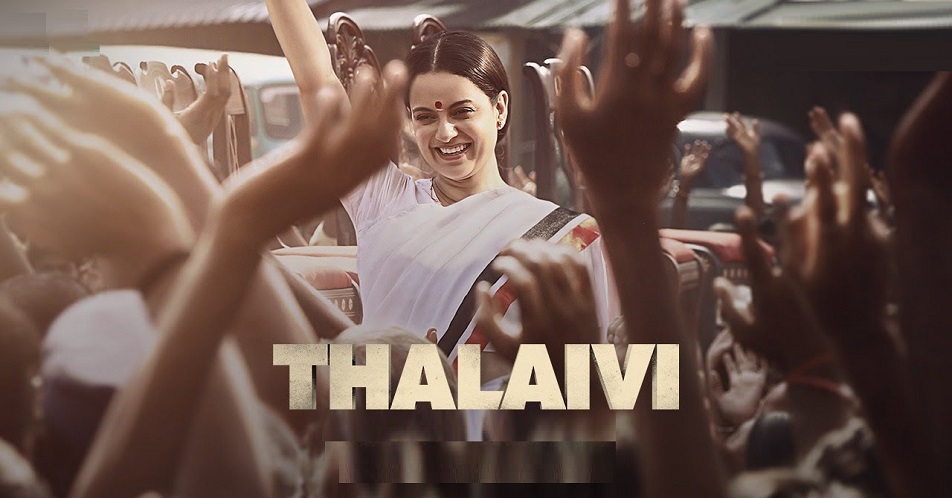 In the starting of this Movie we saw Jayalalita, and her role is playing by Kangana Ranaut. She is standing at Assembly where people are are putting many elegations against her party. Jaya is continously fighting against opposition party and trying to make them understand all elegation are fake. But oppositions party are blaming Jaya for nonlinear relationship with Superstar M.G.R. After that all opposition party and Jaya’s party start to fight with each other. Moreover they hitted badly to Jaya in assembly.

Scene shifted and now we see superstar M.G.R, and his every movies becomes hit. His personal assistent name is Verrapan. Veerapan hired Jaya as an actress for MGR next movie shoot. When they work together, in a movie, Jaya and MGR every movie becomes hit. Moreover they have made their saprate fan followings. Their fans wants to see them together in every movie.

But Veerapan does not likes them together. Slowly slowly Jaya and MGR coming near to each other, but MGR, have already married. One day a politician Karuna goes to meet MGR, and offering him to join his party. Meanwhile MGR get agree to join his party.

Due to help and popularity of MGR, Karuna’s party won the election, and Anna Durai become the CM. But MGR and Jaya dating is still going on. Therefore Veerapan take a step, and talked to producer and then they get out Jaya to work with MGR.

Therefore Jaya start to worked with other hero and her movies is too becoming hit day by day.

Taminlaadu’s CM Anna Durai died so Karuna becomes next CM. Where Karuna is expressing big thanks to MGR in front of public. But MGR was getting late for his shoot, therefore he left Karuna’s seminar. After that Karuna gets angry and he kicks out MGR from his party.

Now story turn in After 10 years –

MGR is becoming the second CM in a row. One day MGR meets to Jaya after a lone time of period. Where he forced her to join his party, but Jaya deny to join politics. But MGR made her head of – Mid Day Meal facilities in school. Furthermore people got impress to see Jaya’s work.

Slowly slowly she is solving MGR parties issue, therefore MGR get impress to see her dedication.

Now scene shifted and all political parties conjugate for assembly, after heard Jaya’s bold speech, PM- Indira Gandhi praised her and meet to her seprately. Here Jaya without taking an advice from her party are compromising with congress party.

Due to this Veerapan, get out her from their party. MGR health condition is not good and after some months of treatment he died. Therefore Veerapan, forced MGR wife Janki to join the party but they loss the election, and Karuna becomes CM.

Now scene shifted and we see the same scene in starting. Because now Karuna is on the power, therefore he put many MLA of MGR’s party behind the bar, after put fake elegation on them. Here opposition party hitted Jaya very badly, so she take a promise she never come back in this assembly until she win the next election.

Jaya and Veerapan is working together, for raising their party. Meanwhile Karuna gets Jaya into an accident and she injured badly. Still she is working for party and win the next election and become the next CM of Taminlaadu.