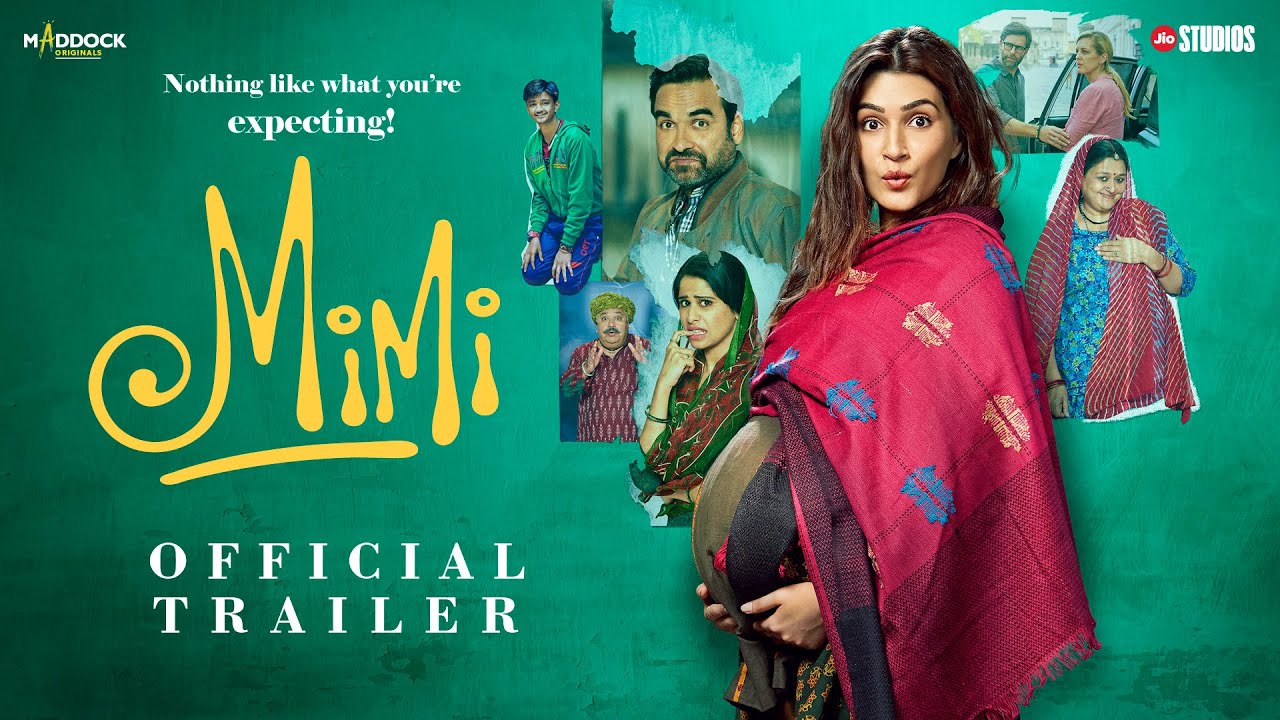 In starting we see a foreigner couple, John and Samar, they’re finding a healthy girl for their baby surrogacy. Because Samar fertility is weak to conceive pregnancy, therefore they’re finding a girl in India. Meanwhile they met their driver Bhanu(Pankaj Tripathi). Moreover they offer 5lakh RS to Bhanu, if he’ll able to find a girl, consequently Bhanu get agree with the deal.

Finally John & Samar see a girl “Mimi”(Kriti Sanon) in a restaurent, who is looking fit and healthy. Then they decide, they want same girl like Mimi, who can agree with their deal. Bhanu promised them, that he’ll convince Mimi for surrogacy.

In the next scene Mimi is talking in a phone call with Jolly Bhai, and he is producer. Mimi wants to see her career as an actress, and for that Producer is demanding for 8 to 10 lakh Rs. Because of her photoshoot, and music launch. But Mimi belongs to a middle class family, where her father is a classical muscian and her mom is a housewife.

Bhanu is trying many attempt to convince Mimi, but she’s unable to understand. But somehow Bhanu make her understand the meaning of surrogacy, and offered 20lakh Rs to her. After heard 20lakh Rs, Mimi realised that she need 10 lakh RS to make her dreams true. Therefore she get agree.

Now Mimi is meeting to John & Samar, now they all goes in Jaypur for Mimi’s surrogacy process. Finally after two to three attempt Mimi concieve pregnancy. So Mimi’s friend Sama is helping Mimi to stay with her. Here John and Samar, gave Mimi half installment of money, and full payment they will do after their work done.

Somehow “Mimi” convince her mom-dad, that she’s going for movie shoot till next 9months. Consequently they allow her.

When Mimi get aware about this situation she gets very angry and confuse, that what she will do further with this baby. Mimi is crying and searching them everywhere. Due to this one day Mimi’s family saw her in this condition, when they ask her who is baby’s father? Mimi take Bhanu’s name. But when things settle down, Mimi’s family accept her like this.

Mimi’s family still supporting Mimi and her baby, and they’re calling him Raj.

One day John & Samar reached India to meet their baby. When they find Raj is normal, Samar an obstinate to take her baby with them. Meanwhile Mimi is shouting on them, and asking to go from there. But John is threatning Mimi for legal action against of her.

Next day Mimi doesn’t want to involve Raj in court case, so she decide to give Raj to them. But Samar is not accepting, because now she understood, Mimi is perfect mother for Raj. Altogether John and Samar adopted an orphan baby girl.

Here Mimi is happy with Raj. John & Samar is going America with her daughter.