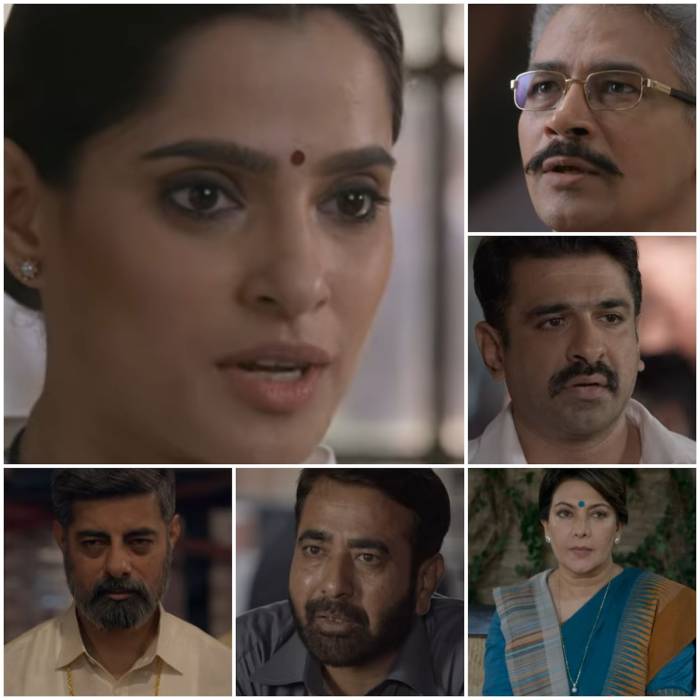 City Of Dreams Season 2 Last Episode we have seen that, Taniya is now aware about Arvind and Ramnik, fraud. So she is asking to her dad the reason behind why Goverment provide Metro Structure Project to Arvind. To know full story ahead read City Of Dreams Season 2 Story Ending Explanation (Episode 8,9,10). Moreover you can find here another movies review.

Taniya is forcing to her dad Ramnik, what fraud he did next to achieve a metro project? Then Ramnik reply to her – Purnima is a less-bian, he threatened Purnima, to show her private video with a girl. Then finally she got agree to provided them Metro Project.

Now scene shifted, Arvind is leaving his Metro Project for Taniya, but this is not enough for Taniya.

Taniya is going to meet Purnima, and saying that her dad Ramnik will not threat her anymore. Moreover Arvind left his Metro Project, so now Purnima can file a case against Mehka’s Infra.

Now Purnima, is watching this news on TV, where all media reporter is calling this dirty politics, and indicating to Purnima.

In the next scene Purnima is going to meet Jaggan, where she is telling him the warehouse adress where they hide 500crore RS. But here Jaggan killed Purshotam, that is why Purnima gets angry.

Now Jaggan, is going to that warehouse But Wasim reached there then they start to fight with each other. Moreover Wasim is using fire to warehouse, and 500crore RS converted into an ash.

Now scene shifted and we see, AmayRaw is recording a video, after recorded his video he stand in his feet from his wheel chair. Now Amay is saying to his bodyguard to share this video in news channel.

Purnima is on the stage and saying that she is handovering metro project to Merchant construction. Moreover she is filing a case against Mehka’s infra. During her speech Wasim is trying to find Rasid, who is there to kill Purnima. When Wasim caught Rasid in crowd, he blowed the bomb. After that Purnima wounded very badly, and his son Amit has died in this blast. Consequently Amayraw get socked.

Finally election result announced and Purnima won, and she is next CM. But she have suddenly disappered somewhere. and no one know where is she?

And The Season 2 Ends Here.