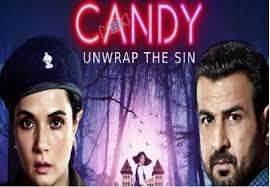 Bayu had shooted by a secret man, and then the man escaped from there. This incident we already seen in previous episode 6 of Candy. Read here further Candy Web Series Season 1 Episode 7 Story Explanation In English. Moreover you can find here another movies review. –

In the first scene of this Episode Jayant is talking to his school principal “Father Marcas”. Because all girls who trapped in demons rape, are from the same school. Moreover Father Marcas is trying to hide the truths because he worried about school reputation.

In a fit of rage Bayus father Ranawat is obsequies the last rites of his son Bayu. Moreover Ranawat truely wants to search the culprits of his Bayus killer.

Ratna is going to meet Luca in a hospital, here Luca gives her some information about candy. – Candy is not a new drugs. Six year ago candy was called X66. It was being sold in Vietnam, Thailand, and many South-East countries. Then all of a sudden it vanished.

At the same night father marcus, comes in Jayant house. Father Marcus tells to Jayant that he saw Mashaan last night in a jungle. Therefore Marcus took jayant with him, in the same place. Here father offers a coffe to Jaynat, when he consumed it, he get unconscious, and he find two mashaan in front of him.

Moreover at the same time Ratna is finding previous 5years data, and trying to solution. Here she find something.