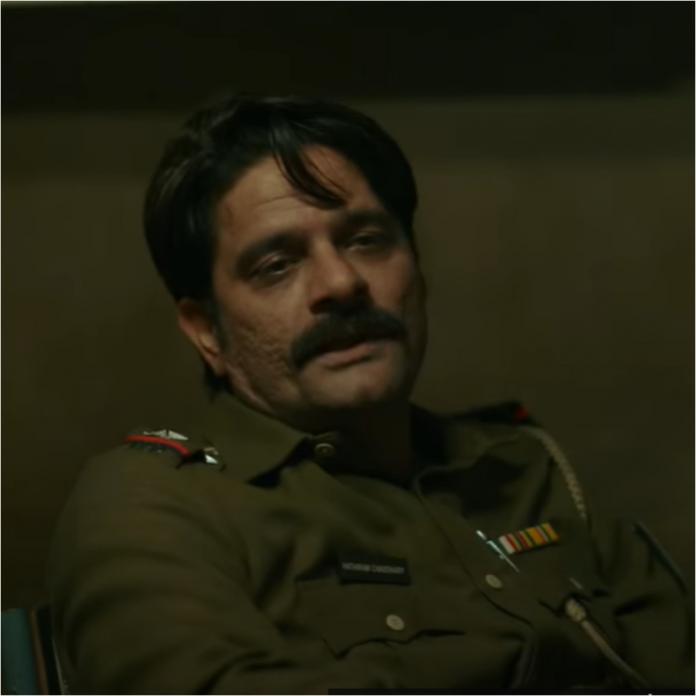 At the end of Episode 3 we have seen that Ansari and Hathi Ram is going in different- different state for investigation. So at last of the Episode Sanjeev Mehra comes live in his channel. After that he told in his channel about Tyagi history how he murdered 45 people in sevral states. Consequently Police wants to hide this news but its now on public. So how will hathi Ram manage all things? To know all about that read Patal Lok Season 1 Episode 4 Story Explanation In English. Furthermore watch Patal Lok web series in Amazon Prime.

Here in the first seen of this Episode media is taking an interview of Dcp Bhagat. So they are putting questions regarding Tyagi case. DCP Bhagat handle all things. Then Hathi Ram comes there and inform all story of Tyagi related to his history. Dcp Bhagat gives him permission to investigate more.

Here in the next scene Ansari I.P.S result comes where he cleared his I.P.S exam. When Hathi Ram heard this news from other police officer, he look sad. Because he is close to Ansari and Ansari didn’t tell him anything about his result of I.P.S. Then Ansari come and meet to Hathi Ram and told him an information about Tope Singh he said to him – I have a new lead on Tope Singh, He had a girlfriend named Chanda.They conned Shauki in his business. So she might know who Tope Singh works for.

Now in the next scene of the Episode near the river the Delhi police team find a dead body. When he show the body it was Taariq body. When Hathi Ram show the body he said – He has strangled to death.

Now Hathi Ram and Ansari is looking the phone record and data on it. Which has through by Tope Singh in first episode. They checked Top Singh mobile details where they find they had a video of Sanjeev Mehra in his mobile. Then they checked the sim card where they find only one number call was upcoming and incoming on that sim card. When they find location it show Chitrakoot location. Subsequently they find Tope singh image with his girlfriend Chanda.

Now they are investigating Chanda. But suddenly someone call Hathi Ram and when he comes in police station he find media is there. Furthermore this news was leaked we must heard stories of a convict turning out to be innocent, but have you heard this before where an arrested women turns out to be a man?

Now DCP Bhgat ordered Hathi Ram and tells him CBI is taking over this case now. So this is commissioner order now you are suspended. Due to all private news of police dipartment was leaked by someone, and then commissioner gives Hathi Ram to suspend order.