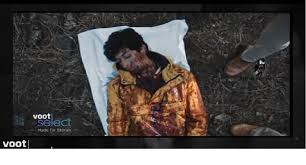 End of the episode 5, we saw that Luca pointed a gun on Jayant. Is Jayant alive or die? For that read Candy Web Series Season 1 Episode 6 Story Explanation In English.  Moreover you can find here another movies review.

When Ratna saw Luca- that he is pointing a gun on Jayant side, she scream loudly and order him to put the gun down. After that Luca threat them, and he break Ratna’s phone in which she collected the evidence against Bayu’s. Moreover Luca deleted all the CCTV phootages.

Next day Byus and Luca go somewhere for the big deal of drugs. In return they get money.

In the next scene “Luca, invite Ratna” on his camp. Here Luca tells her, that his real name is Lokesh, and he is the team leader of anti-narcotics task force. Moreover he offers Ratna to work with him. Further Luca shared Bayus secret information, – Bayu only sells the drugs, and the production of drugs has been is happening by the Sirji. But who is “Sirji” no one know. Tonight Bayus and Sirji is meeting in a club.

Ratna received a call, and she know Bayus is no more.