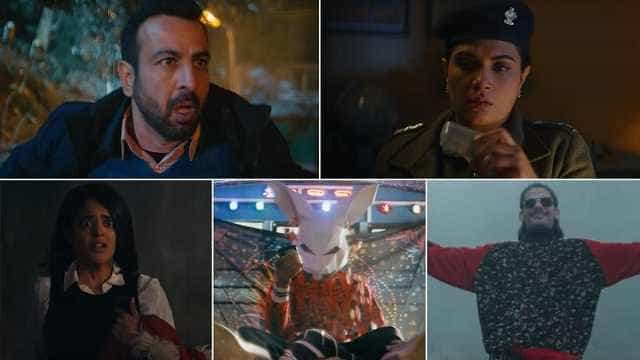 At the end of Candy Season 1 Episode 1 we have seen that, a strange death of Mehul. Where one side politicians and other side some students is suspecting. What is Mehul’s death mystery. To know more about the show read “Candy” Web Series Season 1 Episode 2 Story Explanation In English. Moreover you can find here another movies review.

DSP Ratna is asking about Mehul and Kalki background story from Jayanth. Then Jayanth tells to Ratna, first time he saw Mehul at school ground -Where Imran, Sanju, and John, was bullying Mehul. Therefore Kalki came there to protect Mehul.

After that Ratna and Jayanth go to Kalki’s house, where they find axe, in which Kalki’s father name is mention ” Naresh Rawat”. When constable try to talk to Naresh, he start to abuse his daughter “Kalki”. Then Ratna threat to Naresh if they unable to find Kalki then they will arrest him. Then Ratna allow one police to staying with Naresh. Because after some casual talk, they notice Naresh doesn’t like Kalki.

Now Ranawat is scolding his son “Bayu“, and asking what he did? But Bayu reply to his dad – He didn’t kill anyone, he sold illegal drugs in candys packet. Now Ratna reached there to arrest Bayu, but he is making her understand he didn’t do anything. He sold Drugs to college students or nothing, and then they start to kiss each other. Because Ratna is Bayu’s girlfriend.

In the next scene Jayanth see a girl in front of his car, and she is Kalki. Then Kalki tells to Jayanth – Mashaan killed Mehul, and now Mashaan wants to kill me, after that she get unconscious.

Meanwhile we see a demonic character in jungle.