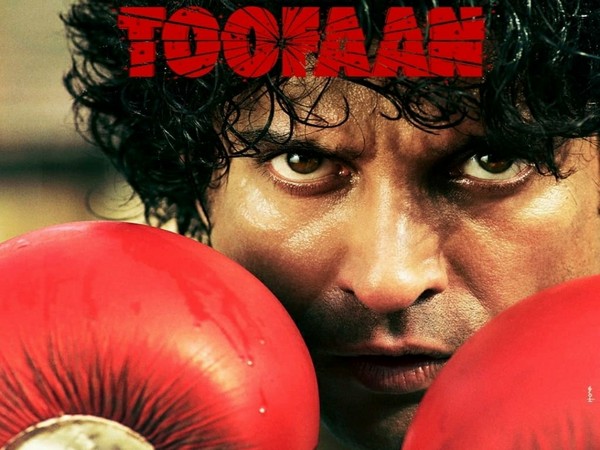 In the starting of the movie we saw a man, his name is Aziz Ali, and he’s getting ready for his final boxing match.

Now scene shifted and we see, flashback story in Mumbai, where Aziz is working under the Jafar Bhai. Now Aju Bhai is fighting with Maksud Bhai, and finally he killed him and his all man, because he got order from, Jafar Bhai. During fight, Aju injured, so he goes to hospital, Where he meet to doctor-Ananya. But she get out him, from the hospital because he’s not talking well to her.

Aju is an orphan, so he always visit the orphaned children in the orphanage. In the next scene, we see a boxer, but he have no any strong man, against of him, for boxing practice. So Boxing owner request to Aju to play with him. After see, Aju’s fight, owner get impress. So he suggest Aju to choose the boxing field. Finally he motivated, and doing practice of Boxing regularly.

Now Aziz is doing practice for state level boxing comepition, Nana is helping him, for his boxing license, where he have to follow some rules and regulation of license. Aziz is knocking out his opposition one by one, in first round, and collecting points. Where he reach in Qualifier round two, he won quarter final, and semi final match there. Meanwhile he shared all story with Ananya in a phone call. He doesn’t know the truth yet, that Ananya’s father is Nana-Prabhu.

But Ananya forgive him, and now they get marry. He’s driving a car, because this is, his sources of income now. After some time, Ananya gives a birth to a baby girl, and her name is Myra. After five year, he receive a letter, because he can join boxing now. But Aziz is denying to join, even Ananya is convincing him. Next day Ananya, goes to take Aziz boxing license. When she return from there, she died in an accident.

Aziz, wants to fulfill Ananya’s last dream, so he decide to come back in a ring. But this time he have to struggle more than previous, because he gained his wait, and he was not in regular practice.

Aziz is alite in a ring, and he’s fighting with Prithvi Singh, who is national champion. Aziz is winning one by one many match. So now its turn of semi final match, and in this match his judge is Dharmesh. Because last time Dharmesh hitted by Aziz very badly so now he wants to take revenge. Meanwhile Dharmesh is taking wrong points of Aziz, and he loose the match.

In the next scene Nana-Prabhu knew this that Dharmesh did it intentionally, so Nana is now provoking him, against of Aziz, meanwhile Dharmesh speak all truth, what he did with Aziz. Nana is recording his talk, and next day fedaration team banned Dharmesh.

Now Aziz Ali is getting ready for his final match, which scene we saw, in the starting. Prithvi Singh is punching Aziz one by one, and here in round one Aziz loose the point. Where he again loose the second round. For Aziz third round of match Nana is motivating him, and the result is Prithvi knocked out. So Aziz won the national championship.