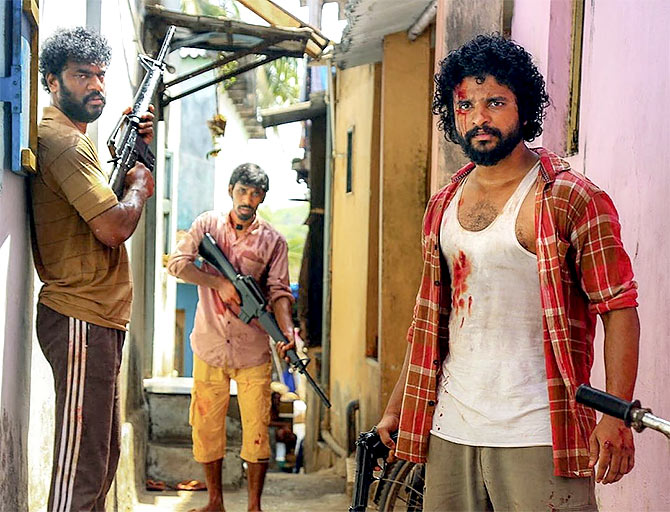 The Family Man web series story revolving around the Srikant Tiwari, who works on T.A.S.C. Furthermore T.A.S.C comes under the National Investigation Agency. Srikant Tiwari personal life is also connecting with the story. Where his wife Suchitra Iyer is not looking happy with her marriage life, because of Srikant’s job. To know all about the story read The Family Man Season 1 Episode 1 Story Explanation In English. Furthermore you can watch all episodes of The Family Man on amazon prime. But before go in page You’ll Get Here An Amazing Official Explanation Of The Family Man Web-Series Starcast & Important Role Of Theirs. Which help to make you more understand.

So here in the first scene, three person is fighting with each other,1st one is Asif, 2nd – moosa Rehman, and 3rd is -Aboobacker, and they are middle in the sea off the coast of Kochi India, and the coast guard is following them. Finally coast guard arrest those three person.

Then Mr. Sharma tells them the story of that three person – The three man who were trying to cross into the sea route, Furthermore they hijacked a fishing boat and killed the captain. Then he caught in indian waters, south kochi, now they are in Coast Guard’s custody.

It is suspected they had gone to Syria and joined ISIS. But there is no criminial record against of them. CIFS team will be handing them over today, You and Srikant go and supervise it. I arrange the force one team, for tractical support.

After that Srikant and JK went from there. Same day Zoya has joined T.A.S.C.

After some time Srikant, JK and Zoya go to take those three guy, which has handovered by the CIFS. They are waiting for their team, but suddenly Srikant received a call from his daughter Dhriti’s school and he goes there. Meanwhile Asif, Moosa, and Aboobacker, get attack on the force, and then they run away from there. Force man Imran Pasha and his team is following them, Then Pasha encountered Aboobacker and Asif. Meanwhile Moosa run away and hide somewhere.

Then Srikant comes there, and he start to handle Moosa , Srikant say loudly – Moosa.. Both your friends have been killed! If you want to stay alive, then put your hands in the air and come out! Now Srikant is conveincing him, Srikant emotionally blackmailed him and after that Moosa surrendor himself.