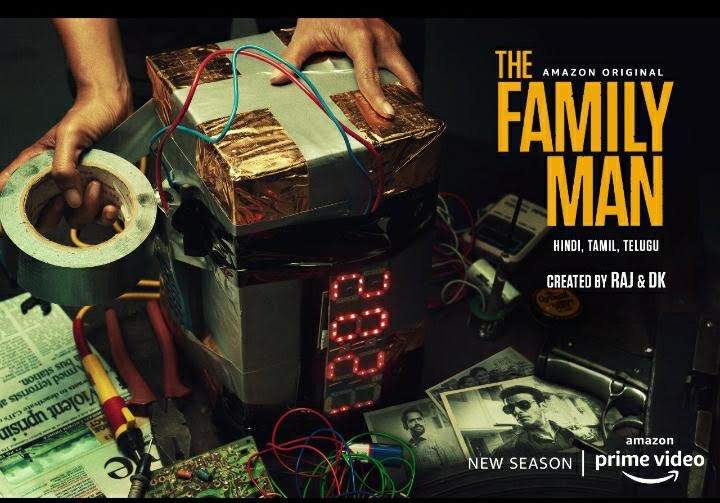 At the end of Episode 1 we have seen that how Faizal and Major Sameer is planning for his new mission – Mission Zulfiqar. Which is secret mission, for that they are finding a guy in india who will done their mission. Moreover we saw the little fight in between Srikant and Suchitra, because Srikant doesn’t give an enough time to his family. So will the national investigation agency aware from the next mission of terrorists? To know more about the story read The Family Man Season 1 Episode 2 Story Explanation In English. Furthermore you can watch all episodes of The Family Man on amazon prime.

Here in the first scene a guy who is putting bomb on the scooter, but his face is not visible, furthermore he park his scooter near the school. Next morning when the local police know about the time bomb in the scooter, they vacated all place, and after some time bomb blasted there.

Now Srikant is dug up old records of his daughter school. Then send that notice in BMC office. Next day the BMC team go in to the school and took their buldozer to drag the land. When principal start to ask them what you are doing? Then the man reply – We sent you a notice a while back but there was no reply. This whole structure is illegal, we need to demolish it. Principal request him – we didn’t receive any notice, so please get rid of this bulldozer. Meanwhile Srikant comes there with his daughter. Where he manage all the mess what was going there. After that principal say thanks to Srikant and canceled his daughter suspend procedure from the school.

Ajit connect Srikant, JK, and Sharma, in a conference call. Where he is telling to everyone- There’s a group on Facebook called “Almighty’s Army”. We have been monitoring three of the members closely, Arshad Dalal, Hussain Gudur, and Riyaz younis. They work for a gaming company. All three of them have been to Saudi for Hajj. They also visted Dubai for four days, recently they applied for a visa to Turkey, which is backdoor of Syria. Furthermore they were in constant touch with the ISIS leads in Syria, through the video conferencing.

Kulkarni make phone cal to Srikant where he speak to him – Sleeper agent of RAW from Balochistan has tipped us something big is being planned. Those three guys who were caught in Kochi, and the sccoter bomber atre involved in this. This mission is called – Mission Zulfiqar.

“And The Episode Ends Here ”