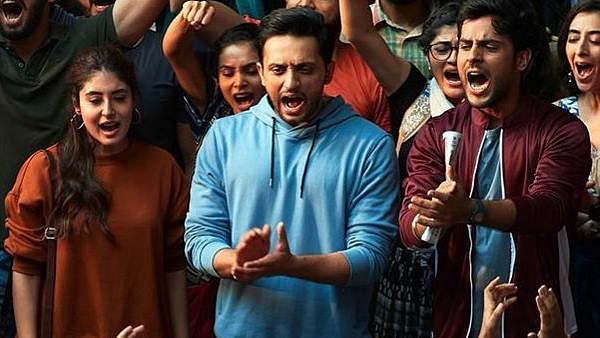 At the end of Episode 3 we have seen that how Samar announced Anuradha name for PM. But he did it intentionally because Anuradha know the truth of Devki death. Moreover now Samar is using Chanakya niti to win the throne of PM, furthermore he choosed Shiva as his Chandragupta. So he told Gurpal to keep eyes on Shiva. Now what will be the strategy of Samar to get the position of PM? To know all about that read Tandav Season 1 Episode 4 Story Explanation In English. Furthermore you can watch Tandav full web series in Amazon Prime with subtitles.

In the first scene of this episode Aditi comes in Samar house, where she ask to him, why you give your kingdom in Anuradha’s hand. Where he replied to her – I didn’t plan on doing it. How could I tell you? There are many people in positions of power in this party, And I saw ripped our party apart. I would have been the PM, but we would have lost our party. After that Aditi goes from there.

After that Samar get angry to hear this statement from Anuradha. Because she didn’t offer any ministry to him. And Anuradha did it intentionally because she want to throw out Samar from the JLD party.

Now Gurpal goes to VNU university, where he talking to a student of VNU, who is giving him personal information about the university. What is going in the VNU?

“Sana Convence Shiva For The Election”

Here in the next scene Gurpal invites Proffesor Jigar to meet with Samar. where Samar is memorising his college days, jigar and Samar both studied from the same university [VNU]. Now Samar ask for a little favor from the Jigar, and Jigar get ready to do.

Next day in the college Shiva file his name for the election nomination. Shiva Shekhar for the vice-president, and Chetan for President, and Sana Mir for genral Secretary, and Vishal Awasthi for joint secretary.