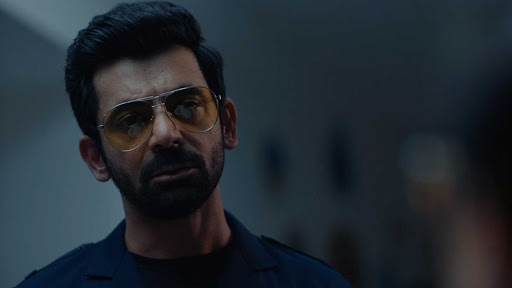 At the end of Episode 4 we have seen that how Samar and Gurpal is enjoying their victory, after Shiva Shekhar has filed his nomination. Because Samar Prtap Singh wants to enter Shiva in the politics battlefield from his side. But Shiva is unaware from these all. So he filed nomination for the vice president. What will be the next strategy of Samar Prtap Singh? To know all about that read Tandav Season 1 Episode 5 Story Explanation In English. Furthermore you can watch Tandav full web series in Amazon Prime with subtitles.

2 years ago – Where Sana’s sister[Ada] is looking in her boyfriend room [Azhar]. Suddenly Azhar comes in his room and he locked himself in another room. Now Ada is knocking his room but Azhar is not opening the door. Suddenly Ada listen a bullet sound and then police come there, and they arrest Ada, after Azhar murder case.

After 2 year story is back – Ada’s lawyer is threatning them, – I want ten lakh rupees in the next ten days, It’s sucide case, otherwise it could very easily be a homicide. I need 10 lakh rs.

Furthermore Gurpal is investing Devki nandan case, he want to search that person who gave proof to Anuradha of Devki Nandan’s death. Hospital guard (Chhote Lal) give him pen-drive in which hospital’s CCTV recording.

“Anuradha Conjugate To All”

Next day they find Vishal dead body in college campus.