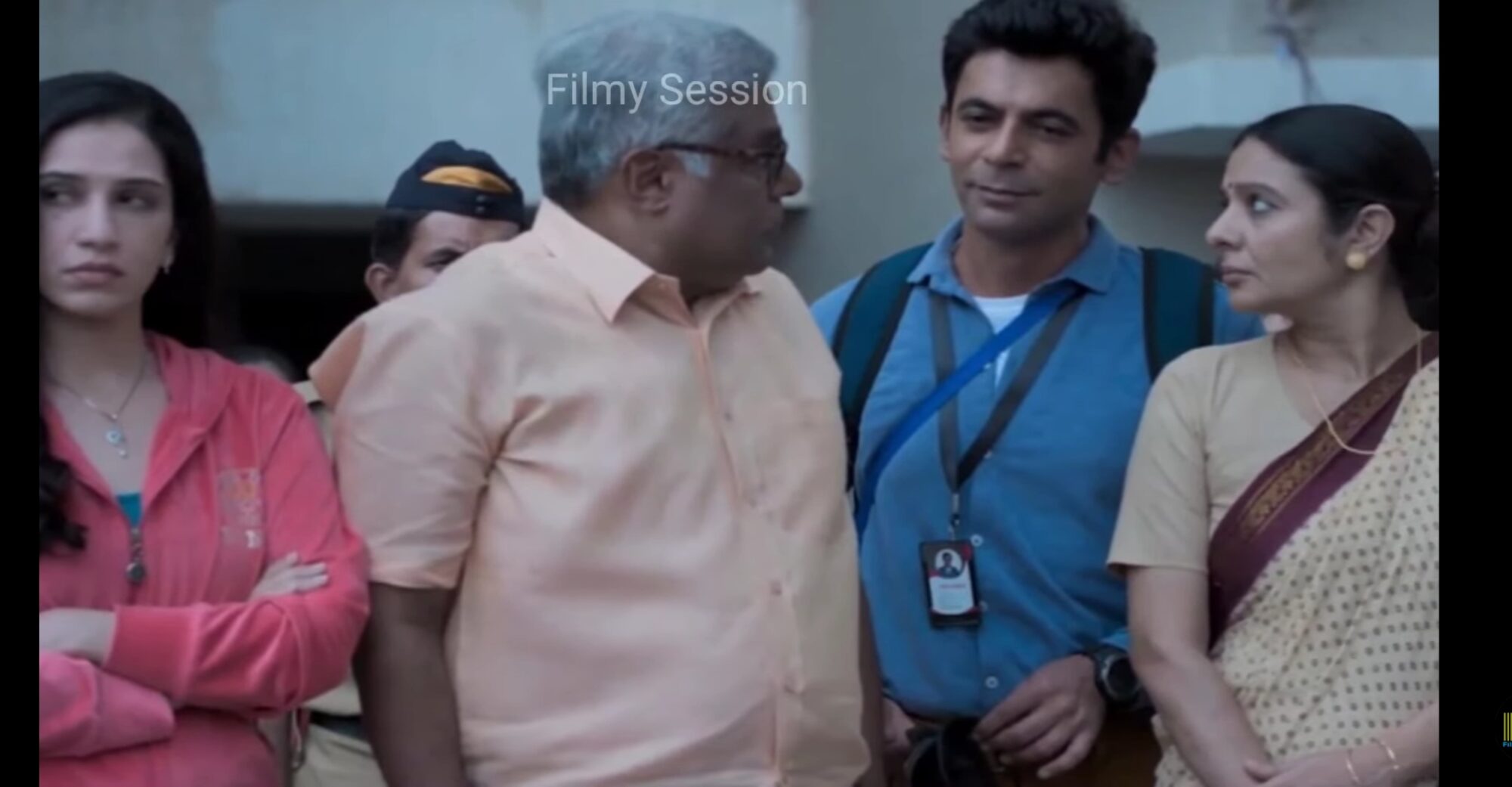 Sunflower is a comedy, crime, thriller, and mysterious web – series. Moreover released in Zee5, on 11 June 2020. Directed by Vikas Bahl, and Co- Directed by Rahul Sengupta. Furthermore Sunil Grover As “Sonu” is looking in a lead role. SunFlower web series story is revolving around a murder mystery based in a middle-class housing society in Mumbai called “Sunflower“. Altogether cops suspicious in many people living in society But who is real murderer? To know more about the show read “Sunflower” Season 1 Episode 1 Story Explanation. Moreover click here to check Sunflower Zee5 Web-series review.

Then Mr. Kapoor take that coconut water, without straw, after some time, when Mr.Kapoor sit in the toilet pot, he died there. So some security guards come there, and took his dead body.

Sonu(Sunil Grover) is living in same society, But Sonu have a one probleam, he keep, everything in neat and clean, in proper way. When he goes in his office he always take the garbage to throw in Dustbin. Moreover he throw in proper manner the garbage in dustbin. But one day by mistake he forget to throw one bottle, in bin.

Moreover police didn’t get any clue after interogation.