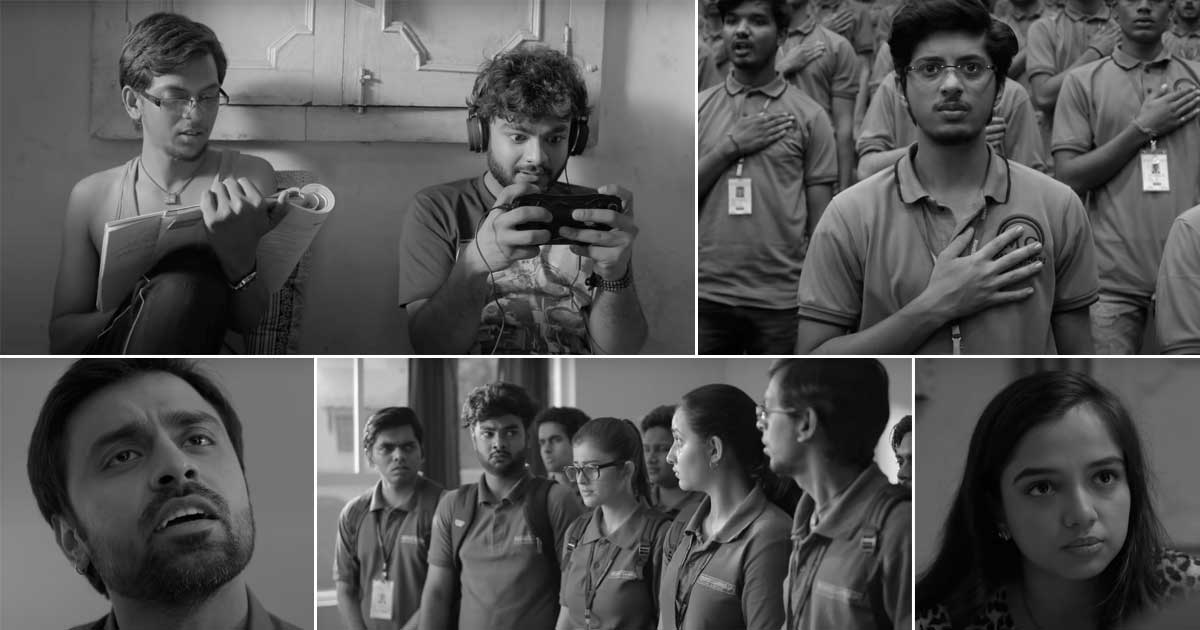 Vaibhav has joined Maheshwari classess, and here he meet to “shushrut“, they lived in same P.G. Next day they get ready for orientation of Maheshwari institute. Where many students were sitting. Mr.Maheshwari comes in stage and now he is telling to his students – for believe in coching and attend the all test and classess quietly. Because after follow their instructions and guidelines students may clear their exams.

In other side Jeetu Bhaiya has left Prodigy institute. Therefore Prodigy’s some students – Meena, Meenal, Vartika, and Uday, are going to meet Jeetu Bhaiya. Then Jeetu Bhaiya tells them, that he is opening institute soon. So old students of prodigy is allow there without fee.

Next day Vaibhav meets to their old coachingmates – Uday, Meenal, and Vartika. Vaibhav was thinking that they all are there for him, meanwhile Uday tells him – Jeetu Bhaiya is opening his institute here, so they came here to meet Jeetu Bhaiya.

Vaibhav is looking happy, because Jeetu Bhaiya’s coaching is next to Vaibhav PG. When they go to meet “Jeetu Bhaiya”, he motivate them, meanwhile Shushrut motivated, and decide to study hard. Now Jeetu is allowing them to join physics classess from Monday.

Later Vaibhav and Shushrut goes to meet MR.Maheshwari and saying that he don’t want to join physics classess here. Somehow Vaibhav convinced MR.Maheshwari then finally he allow them.

Day by day Vaibhav is getting sick, so he can’t focus on class, and he is felling sleepy in his every class. Meanwhile Jeetu Sir suggest all students, once they should go hospital for full body checkup. Because exam is near, and time is less, so they can’t waste their time, in any recocvery.

Now JEE result has declared and Jeetu sir many students has qualified, in other side AIR-1 has declared from Maheshwari Institute. Vaibhav, Uday, and Meena’s will able to attend JEE exam for next year Therefore they’re going in every coching institute to see other students reaction. Maheshwari announce a BMW car gift for AIR-1.

Meanwhile Sarika ma’am calls to Jeetu, due to some personal probleam she can’t join his institute. Moreover Jeetu sir disapointed, because today he oragnise a seminar in his coching. Later maths teacher informs them, that Sarika ma’am has joined Maheshwari.

IN the next scene Jeetu oragnise a party for those students, who didn’t get selection, where he is making them understand to don’t feel worthless, because every one, who keep a guts to participate in war, will never be a looser, even he win the war or loss. Furthermore failure is a part of victory. Now all students are cheering theirself, and enjoying Jeetu Sir Party.

Meanwhile Jeetu sir received a call, his face fades, and he looked worried and upset. Behind this scene we heard an ambulence sound.

And The Season 2 of Kota Factory ends Here.