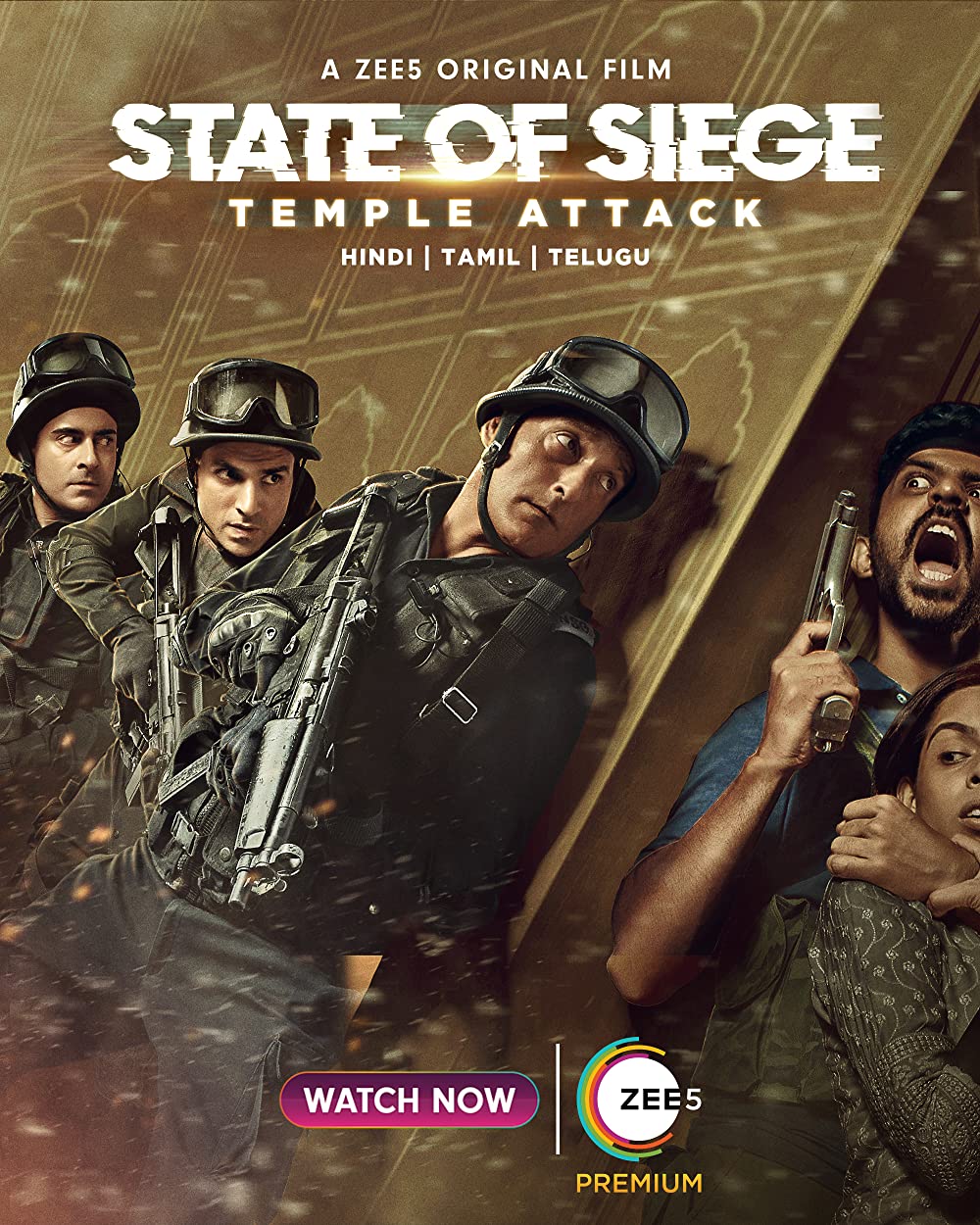 After that, Hanut grab Abu Hamza, but at the same time, one terrorist fired a gun on Hanut and his friend. This is how Abu successfully escaped from there, but Bilal is in commandos hand.

Now we see story after 9months –

Hanut and his friend Samar, they receive another operation, related to Gujrat CM’s security in one seminar. Now they reached in Gujrat, altogether, four terrorist to complete their mission, have came to Gujrat. The main two terrorist is Farooq, umad, and two others.

Now they four entered in Krishna Dham Temple, and start to firing there. Because of that, some devotee’s have died, now they’re locking the door of temple, and set the bomb there. If anyone will try to enter from this gate, then it’ll blow there.

In the next scene we see, Hanut and some local police officer is trying to open the gate and it blast there, because of bomb. So now they’re going inside the temple, after that Farooq start to firing on Hanut and his team.

Then Rohit(Hanut team member) throw a grenade bomb inside the temple, but they didn’t unpin the grenade. After that, Farooq come out quietly from the hiding place, to throw that grenade. meanwhile Hanut fired a gun on Farooq. After that cunningly, Hanut killed Umaar.

Due to this, all hostages in cinema hall, have released freely.

In the next side, hostages inside the temple, is too under the two terrorist. So one of the terrorist attached a bomb on a hostage her name is Sejal, and allow her to go outside the temple.

To see Sejal like this Hanut and his team goes to rescue her, meanwhile the bomb blow there. Due to this some security guard wounded very badly, altogether, terrorist is taking advantage from this opportunity, and he fired a gun on Hanut. After that Hanut is now under treatment for some time, so now Hanut friend Samar is leading the operation.

Samar plan is to, cross the wall, and then encounter of those two terrorist. But outside, Chintu’s father is sharing information with Terrorist. This is why, terrorist is already aware and ready for war.

After that Hanut realise, there is someone who is leaking the information. Finally they find it is Chintu’s father. Now they’re making a plan to trap terrorist. Chintu’s father is again making a call to terrorist and saying – commando’s is planning something different, for that they need some days of planning.

Now terrorist is beleiving on Chintu’s father, meanwhile Hanut and his team surprisingly attack on them, and finally successfully they killed those terrorist.

Here in the next side Bilal is handover to Abu Hamaz, but at the border line, commandos encounter of Bilal.