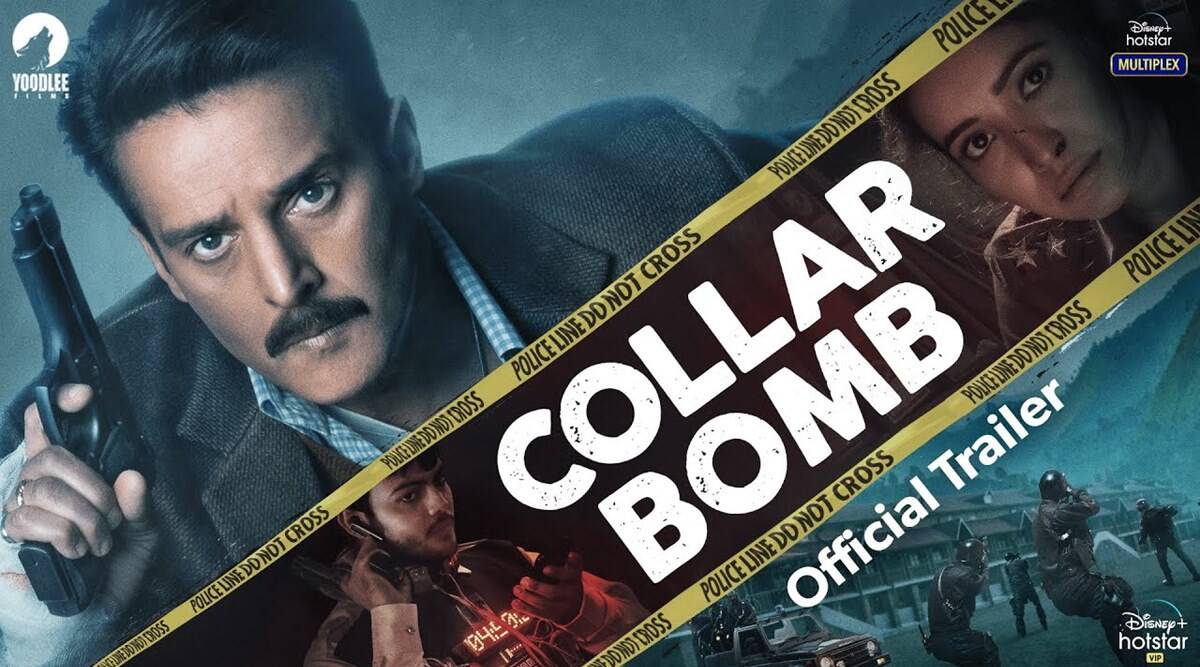 In the next scene, we see a boy, who is going to the “George school”, he set a bomb in his shirt, and he have two gun in his hand. He’s threatning everyone there, Moreover he’s giving three task to Manoj, and after that he’ll allow him to genrate three passwords, and then the collar bomb will defuse automatically.

When Manoj decide to go doctor Anmol’s house, he find Doctor is hanging, and someone give him poison. Meanwhile inspector Sumitra reached there, and she’s thinking Manoj killed him. So Manoj tied her hand from handcuffs.

Now Manoj received her 2nd task, a girl her name is Rita is giving instruction to him – Kidnap a guy his name is Ratan from his house. Rita give her 3rd task to Manoj – To evacuate Sohaib from the school, safely and alive. Here we know, Manoj is going ready to do her all task, because Rita is threatning him, if he’ll now do her work, then she’ll disclose his one crime recording in front of public.

Now we see a flashback story of Neha how she die?

Now to hide this case, Manoj and Ratan is pretending like this, that the guy who’ve died was trying to kill Manoj, so that is why they encounter of him. Furthermore at the same place, they find Neha’s dead body in a well. But according to doctor Anmol post morterm report Neha was alive last 4 to 5 days, and she just died an hour ago.

So Manoj wants to close the case soon, so he’s saying to doctor Anmol, to make fake autopsy report of Neha, that she have died four days ago.

Manoj is taking help of Inspector Sumitra, for following his 3rd task. Now they enter in the school, where Rita is giving the code of bomb defuse to Manoj in a phone call, when it defuse, Sohaib try to evaculate from there. Meanwhile IRF team killed Sohaib in encounter. Suddenly we heard a gun shot, inside the class. Furthermore here we know “Rita is the school teacher”. Then Rita attached a collar bomb in Inspector Suchitra’s body. And saying to Manoj to take her out, from the way of underground.

At the last we know Rita’s story why she was doing this?

Rita’s husband was very abusive nature, so he everytime behave like an evil, with Rita and his son. So one day Rita decide to kill her husband and after that she go to prison for 10 years. When she realesed from jail, her child is now young and he’s following a wrong path, like robbing, threatning, etc, side by side he’s mentally sick.

So now Rita wants to her life new begening with her child. So she shifted here, and Rita decide to teach in George school. One day Rita’s child was running inside the jungle. Manoj thought he was killer, and he killed him without any reasons. Furthermore this recording was shooting by Rita, so that is why she was threatning Manoj.

After investigation, we know Nabya and Neha was fighting with each other. Therefore Nabya pushed Neha in a well. And no one comes to help her, so after 4 to 5 days she died there. This why Nabya give a fake statement to police that one guy try to raped them.

Now Manoj is behind the bar, because of fake and wrong evidence.