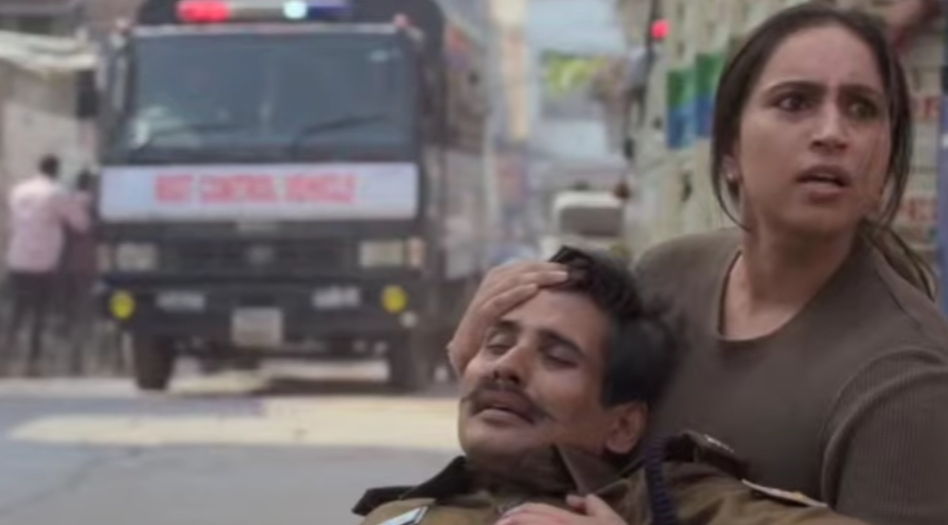 Grahan Season 1 Episode 6 end we have seen that, Sunjay forced Rishi to take all case in your head. After that Rishi calledto Amrita, whatever she heard about him, that was right. After that Rishi handover himself to police. Amrita is watching this news on Tv. How will Amrita will proof Sunjay (Chunnu) all truth? To know more about the show read Grahan Season 1 Episode 7 story Explanation. Moreover click here to check Grahan web-series review.

Amrita is looking very sad to heard her father news on TV, Manu is too watching the same news. Furthermore Vikas in now new incharge of SIT inquiry. Because People is questioning Amrita, that she tried to mislead Police. Now DIG suspend her from some time.

Amrita is very sad, she’s driving, meanwhile her car bumped in an accident.

Sunjay is now going in politics seminar, where he’s giving speech and provoking against goverment. Furthermore he’s taking sympathy from Santosh case, that goverment didn’t find anything till now, who was Santosh killer. Meanwhile the same two guys came there, who killed Santosh, and now they killed Santosh wife Bani.

Agarwal goes to meet Amrita in hospital. Where he’s saying to her whatever we’re watching on TV about Bokaro riot, that is not complete truth. Because Jhandu and Rishi was good friend, we saw Jhandu’s dead body out of Rishi’s room, but no one know who killed him? Sunjay Singh provoked everyone. Moreover Agarwal is now ready to speak all truth of Bokaro riot in court.

Amrita is in Trouble

Now Amrita is going to meet CM-Kedar singh, and informing him – The riots are about to begin in Hindnagar soon. Now CM gives an order to DIG, to arrest all of them, who is helping Sunjay Singh for Hindnagar Riots.