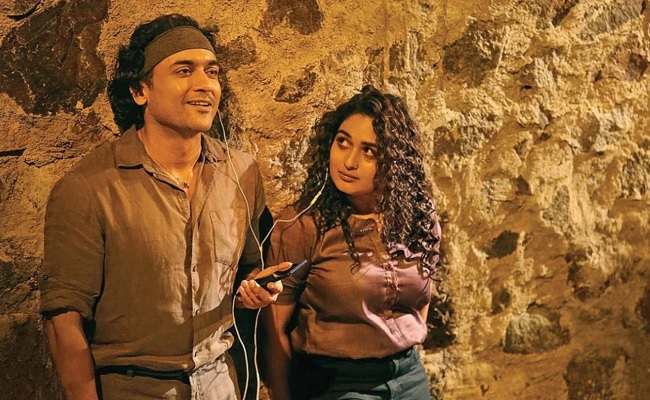 In the starting of the episode we see a muscian and his name is Kamal. He is the famous muscian and singer, consequently he have many followers. Now Kamal is talking to his mom – that he wants to go London because he wants to complete his dreams there, moreover he wants to inhance his talent there.

But Kamal Mom doesn’t want to go out of India. Somehow Kamal convinced his mom, and finally she get ready to go with him.

Next scene we see in Kamal studio, and here Kamal meet a girl Netra, she is there for a song recording. Netra is praising Kamal singing and saying – that he is an amazing singer, and he have to try for international singing. Then Kamal tells to Netra – He is too thinking for that, therefore he convinced his mom to go with him.

Kamal and Netra started to like each other. Therefore Netra shared her feeling that she is big fan of his singing but now she is too fan of him, and then Netra shared she likes him. Consequently Kamal is expressing his feeling – he’s attracted after saw Netra’s first glimpse, and he is too like her.

Therefore Kamal decide that he’ll not going in London. Because now he have a reason to stay in India, and she is Netra.

Slowly slowly their attraction is converting in a love. Kamal is dedicating a song to Netra. and Then he prposed her. Furthermore she accepted his love.

And we see, Kamal is on the stage, at London, and he is telling his love story in front of audience. So audience is asking where is Netra now? But Kamal didn’t asnwer them, and reply – No matter you lived together and saprate, how much you love each other, it matters. Then he sing the same song, which song he dedicated to Netra.