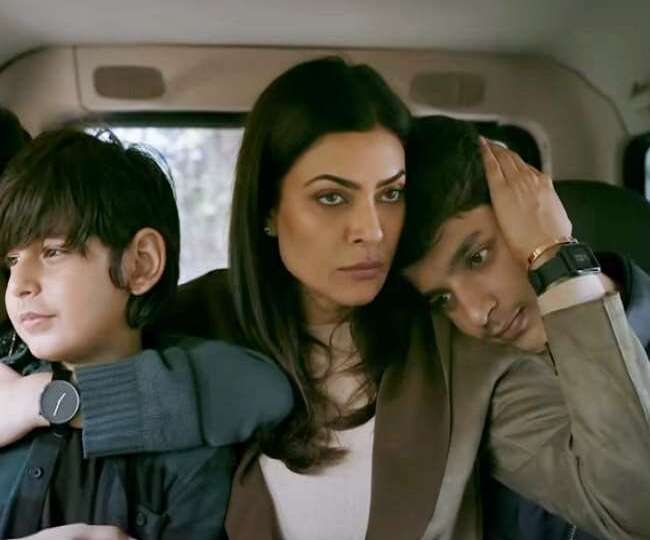 Aarya is an Indian crime thriller web series, released in Hotstar platform on 19 june 2020. So this series is based on the story of mother and wife. Who start to handle her husband business after his demise. The series gets more twisted when AArya ( Sushmita Sen) realised her husband was a good guy. To know all explanation in english of Aarya web series read full article and all episodes.Before that read AArya Web Series Starcast, Character, & Important Role.

2. Tej Sareen [ Chandrachur Singh] – He is the husband of Aarya. Furthermore he is the only person Aarya trust the most.

3. Daulat [ Sikander Kher] – Daulat he is the almost like a soldier of the family, He is always there when aarya family gets crisis.

4. Sangram [ Ankur Bhatia] – He is the business partner of Aarya husband. But he is also Aarya brother.

6. Shekhawat [ Manish Choudhary] – He is playing a pivotal role in Aarya. He is involve in illegal business.

7. Arundhati Sareen [ Virti Vaghani] – She is the daughter and second child of Tej Sareen and Aarya Sareen.

8. Adi Sareen [ Pratyaksh Panwar] – He is the third child of Tej Sareen and Aarya Sareen.

9. Veer Sareen [Viren Vazirani] – He is the first child of Tej Sareen and Aarya Sareen.

10. Soundarya [Priyasha Bhardwaj] – She is playing the role of Aarya sister.

11. Rajeshwari [Sohaila Kapur] – She is playing the role of Aarya and Soundarya mother.

12. Zorawar [ Jayant Kriplani] – He is playing the role of Aarya’s father.