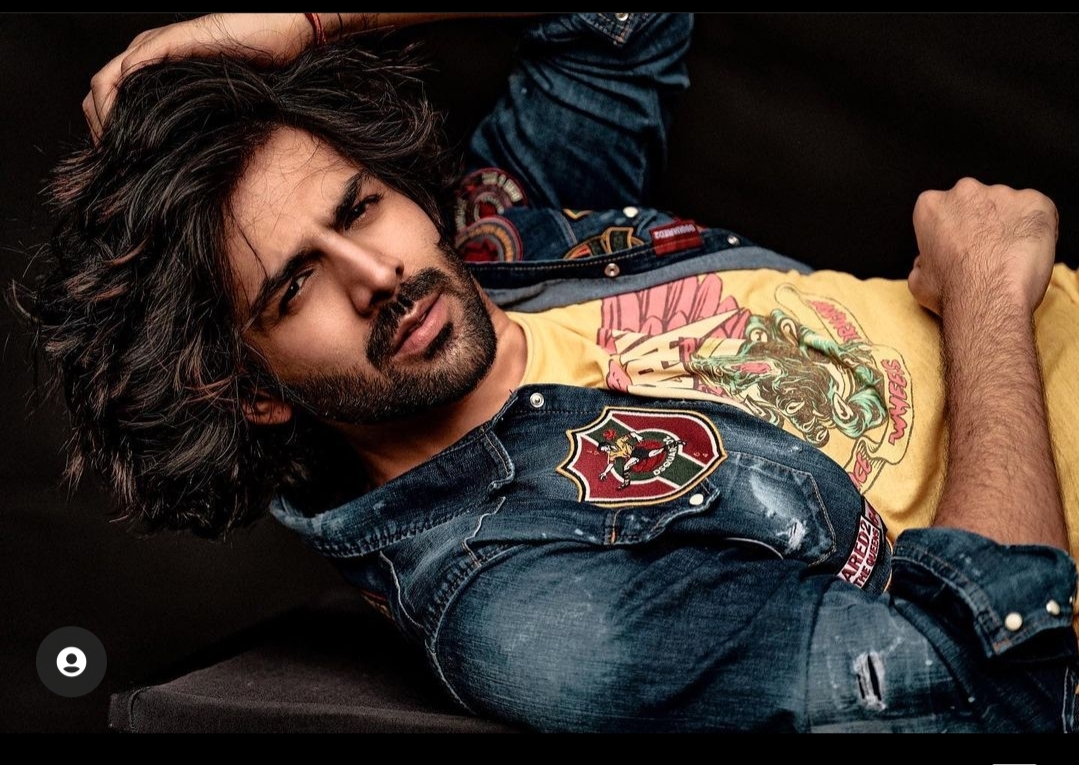 Kartik Tiwari, known professionally as Kartik Aryan. He is from Gwalior. He came into limelight, and increased his upward trajectory when he debuted in Pyar Ka Punchnama 2011. After that he have famous face of the bollywood industry. His 5- minutes dilogue speaking in one breath in Pyar Ka Punchnama got viral. Then he is the famous, talented, and most attractive and charming boy of the bollywood industry. He have done many hit movies in his career. Kartik Aryan Shared His New Picture On His Instagram Handle With Long Hair. then he said – “lambe baalon ka swag hi alag hai”.

Kartik Aryan is starting shooting for his next upcoming film, Ram Madhvan Dhamaka. In this movie Kartik Aryan is playing a role of journalist, in the terror attack in Mumbai the journalist covers the live broadcast of attack.

The movie is directed by Ronnie Screwvala, and co- producer of the movie is Amita Madhvani.

Kartik Aryan is much excited to shoot for his new movie. He said the movie script is amazing and much intresting as he done before. Moreover that is the script that would give him a different opportunity to explore a new and different field and different side of me as an actor.

The actor shared his new look with long hair and put the caption “lambe balon ka swag hi alag hai, Long hair has a diffrent swag”. Furthermore this is his new look of his upcoming film. In this picture he wore the denim shirt and yellow t-shirt with long hairs. Consequently he is looking handsome and cute as he looked always.