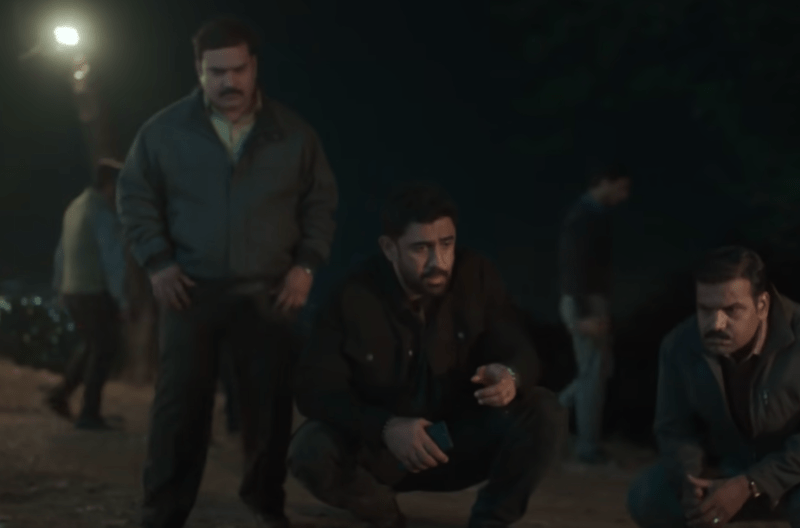 At the end of Episode 6 we have seen that Avinash is suffering from multiple personality disorder. Furthermore Avinash is unaware from his probleams, But J who know everything about Avinash. When Avinash got trouble that J comes to safe Avinash. So how will be the story turn ahead? To know all about that read Breathe InTo The Shadows Season 1 Episode 7 Story Explanation. Furthermore You Can Check Here Breathe : InTo The Shadows Web Series Review.

Here in the first scene of this episode Kabir and Meghna is going in a long drive. Where Kabir is feeling sorry, what he have done with her. But Meghna is requesting to him and saying to forget all things. Meanwhile Kabir recieved a call from Parkash where he is saying – Sir the Killer attempted his next murder which is live on TV, and this time a girl killed.

Now they reached in Hotel Sunway Haweli. They are investigating there, they asking to hotel staff, where one staff reply him – Sir they are two girl, but second girl wear proper scaff and googles , Furthermore i have seen this girl with a guy who is limping. Now they search the hotel room where they found a lip balm.

Now Kabir and their team is checking the Delhi to Jodhpur highway all CCTV footages. Where Kabir notice the girl who is with Natasha has properly covered her face, So they cant recognise her. But suddenly Kabir notice one thing common, he said the black scorppio is following the Natasha car in full highway. Now Kabir gives his team order to trash this car. After some time they find this Car was stolen car.

Now they are on the way, where Avinash request to jaiparkash to stop the car. When he stopped Avinash goes to the medical shop and buy same lip balm. Now after some time he carefully changed Abha lip balm from the bag of police and then replace that. Now Avinas has reached in his house, and then he goes to sleep. meanwhile J wake up and he goes to buy some grocery goods for Siya.

Now J is memorising his childhood story, and the scene we saw Pritpal is fighting with a hotel manager. Because hotel worker didn’t clean the carpet of his room. So Pritpal decide to go from there. Avinash is watching all scene from the out of hotel. he have a liitle puppy named Joofy. Now Pritpal goes from there he was angry, sodue to carelessness of Pritpal he killed joofy while driving.

Next morning when Avinash and Abha woke up, then they saw their 3rd parcel. So J sent a recorded video where he was saying to kill Angad Pandit and the reason of his death should be Fear.

Avinash is unaware from this things, J is living in his mind. But J know everything about Avinash. So now J is killing those persons who is related to Avinash and who troubled Avinash in his childhood.