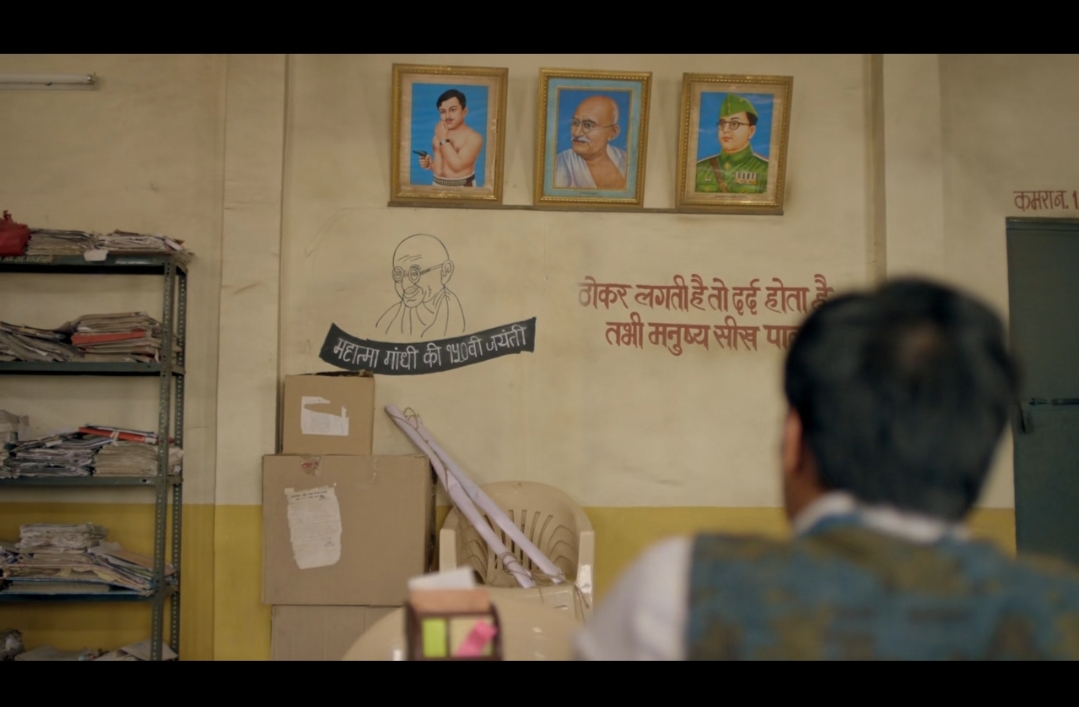 At the end of Panchayat Season 1 Episode we have seen that Abhishek had attend his CAT exam. When he return to village he lock himself , he was sulking when he came in, seems like it didn’t go well at all. So now he again lost the oportunity to go out from the village. Will he recover from his depression? To know all about that read Panchayat Season 1 Ending Story Explanation (Episode 8).

Abhishek is not in a good mood even after two months of his CAT examination. Vikas is trying to refresh his mind. But Abhishek is shouting on him. Then late he apologize and feel sorry.

They are preparing banner for republic day. Prdhan ji and Prahlad are going to Fakauli market to buy new clothes for flag hosting ceremony on 26th january. Then Abhishek ask Vikas – Is Manju Devi not hoist the flag?

In the next scene of the Episode Abhishek goes to Prdhan ji house for taking thumb impression of Manju Devi in some document. Then Manju Devi taunts Abhishek for not cleared the CAT examination. Then Abhishek taunts back as Manju Devi I heard that you don’t hoist the flag on 26th january. Even our neighbouring village Gopalpur has a female Prdhan and she hoists the flag and yes she also goes to the office. But its ok everyone has their own capability.

Manju Devi is demanding for new saree from Prdhan ji. She is saying she want to hoist the flag of 26th january.

Now Manju Devi is taking help of Abhishek to learn the National Anthem. But she fails to remember the song. After that Abhishek shout on her – I must have explained to you at least two dozen times, and I’ve explained in the best way i could. So please now you see how you’re going to manage this, I am leaving.

On the day of Republic day the District Magistrate notices the banner of Brij Bhushan as Pradhanji. Then she decided to inquiry of the village. When she find Brij Bhushan is ready to hoist the flag. Then she comes in Panchayat office. She order to take off the banner first.

Finally Manju devi hosit the flag and sing the National Anthem. Then everyone celebrate the republic day.

After that Abhishek realised his mistake and decided to try one more year for the CAT examination. At last he climbs on the water tank where he meets with Rinky daughter of Prdhan ji. Abhishek ask her– Who are you? Then she reply – I am Rinky, village Prdhan daughter.

And This Season End’s Here.