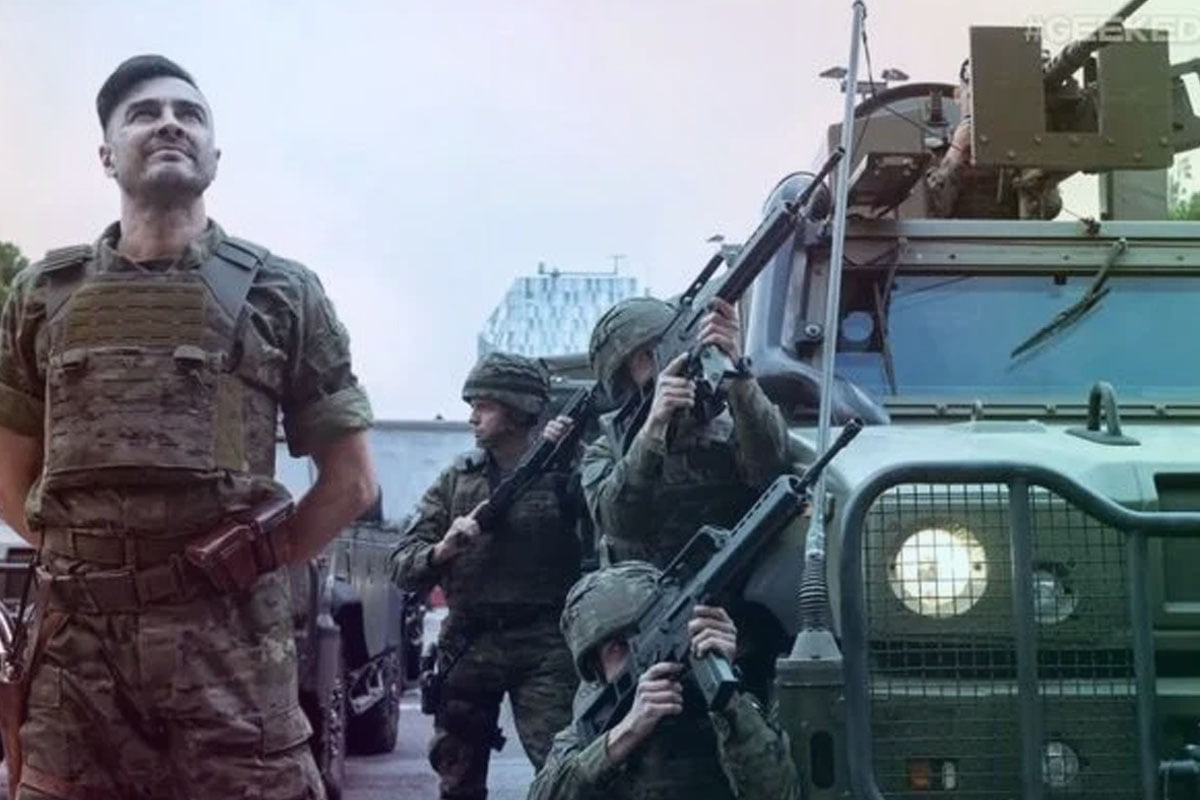 “Your Place In Heaven” –

Helsinki is alone fighting with 100 soldiers, except him, all are following proffesor command. Poffesor is saying to leave Helsinki because he know this will not right time to fight. To save theirself is a major duty this time.

But they can’t run, because all soldiers have entered through the roof. Therefore gun firing is going,

Here Berlin is educating his son he is providing a training to Rafael how to steal? Here Bogota, marseille and Tatiyana is too helping him. Altogether Finally Rafael is enjoying his life like his father.

Palermo used his machine gun, and he make some of the soldiers life at risk.

Gandia and other snipers gun firing is continue with Robbers.