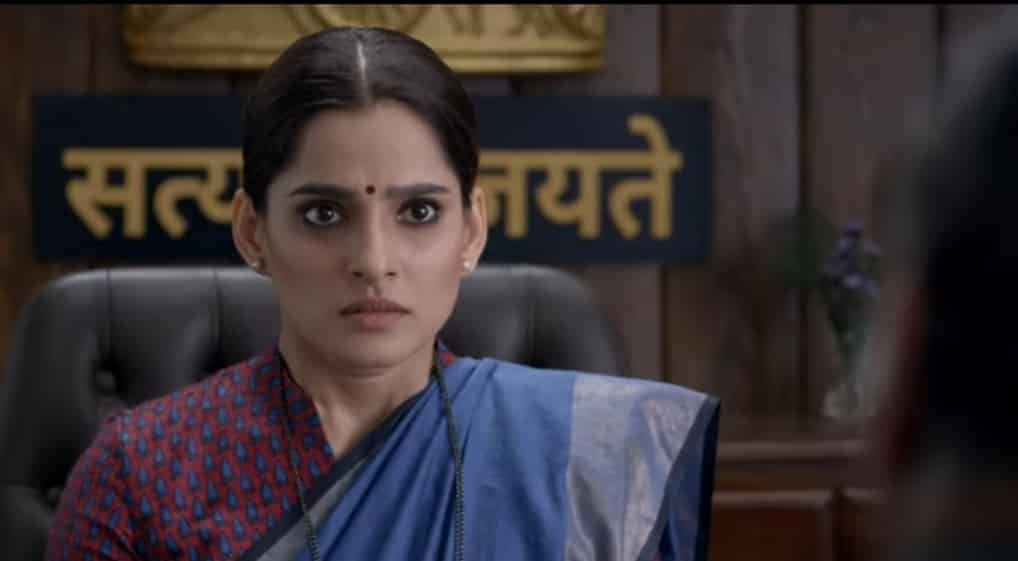 Wasim is going to meet Ameraw, here Wasim is hiding the truth of Ashish death, that Wasim killed him. But Ameraw, wants to shut Wasim mouth and requesting to don’t reveal that Jagdish is involved in attack. After that Ameraw killed Sirin because he know she wants to exposed Jagdish.

Here Ameraw find Mahesh and Purnima together, and he get understood something is going in between them.

Wasim’s old informer his name is Prabhakar, is making him aware that two guy Iqbaal and Mansur is planning something big

After saw Sirin dead body, Purnima is looking surprised. Because now she know, Sirin killed by his father Ameraw, and she was suspecting on Mehka infra’s.

In the next scene we see Milliend Prabhu who is a big leader of opposition party. Altogether only old people is looking in his party, not even a single youth.

Ramnik is going to meet Purnima, and asking for help. But Purnima didn’t want to help Mehka infra’s. After that Ramnik is showing her some private picture of Purnima and Lipakshi, where they are kissing to each other. Then Ramnik threat her, to provide metro structure to Arvind. Moreover put all blame of bridge collapse on Gaurinath head ( Who is employee on Mehka Infra’s).

In the next scene, to attract youth in their party Purnima, make a strategy. She comes live and started a rapid fire question with the youth. In between this live session, a guy send Purnima and Mahesh marriage picture and asking to justify the picture. After that she get socked.