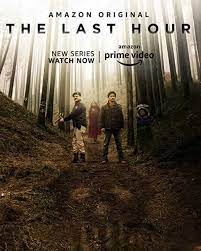 The Last Hour is an Indian supernatural crime thriller web series. Moreover web series available on Amazon Prime, released season one with eight episode. The story of “The Last Hour” is based on supernatural power. Where some people of North-East, is consisting a special power, they can talk to spirits of dead people. Furthermore the people called shaman or Jhakhri. One of the Shaman named Dev, have a special power to go back in time, & then to meet with victim sprits there. Furthermore other man named Yama Nadu, is kind of an evil, who wants to grab Dev superpower. Altogether Yama-nadu have a special power, who can watch everyone’s future death. To know more about the show read “The Last Hour” Tv Series Starcast & Important Role Of Theirs. Moreover click here to check the review of “The Last Hour”.

“The Last Hour” Tv Series Starcast & Important Role Of Theirs

2. Arup As Sanjay Kapoor – He’s playing a role of inspector. Who has transferred North-East from Mumbai, So now he has assigned here to solve murder case.

4. Yama Nadu As Robin Tamang – Yama Nadu, is kind of an evil, who wants to grab Dev superpower. Altogether Yama-nadu have a special power, who can watch everyone’s future death.

5. Amoo As Mandakini Goswami – Amoo was Dev mother, killed by Yama-Nadu. Because he wants to grab her special power, after Amoo’s death she gave her all Shaman power to Dev.

7. Pari As Shaylee Krishen – Pari is the single child of Arup and Nyima.

12. Boatman As Jatin Payeng – Who carry the dead people soul in another world through the boat.

13. Doma As Tenzein Choden – Doma is bestfriend of Dev. Doma’s father is a blacksmith, and she have a momo’s shop.

Get Here Some Internal Link –