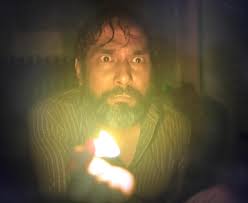 At the end of Episode 8 we have seen that how cleverly Gaytri planned to go out from there. But she got failed on her plan, when Siya asked her – when we are going to escape? Then J understood Gaytri plan and he turned his car from the hospitals. How will now J react with them? How long Kabir investigation will go? To know all about that read Breathe InTo The Shadows Season 1 Episode 9 Story Explanation. Furthermore You Can Check Here Breathe : InTo The Shadows Web Series Review.

Here in the next scene Avinash college story is going. Where Angad is worrying about his result. So Angad decide to burn all answer sheets from the store room of the college. He burnt all the papers but the fire spread all over the room, where Avinash friend is searching some medicine for Avinash. When he tried to go out from the room Angad locked the door. Due to Angad fear about his result Avinash friend has died and then he went to jail for 7 years.

“And The Episode End’s Here”