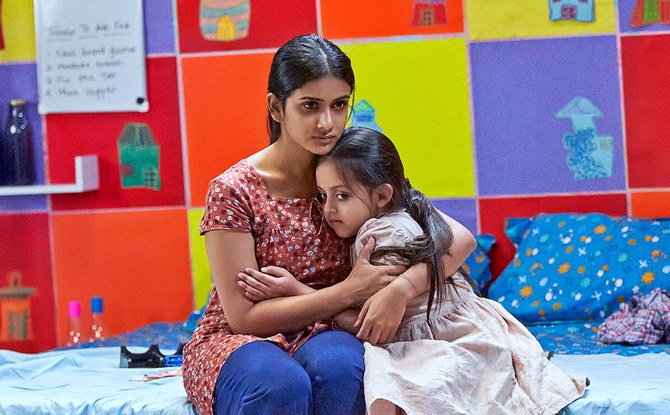 At the end of Episode 02 we have seen that how Avinash got ready to kill Pritpal Singh. Moreover Avinash killed Pritpal Singh and then this news got viral. So now will police able to find the killer of Pritpal Singh? To know all about that read Breathe InTo The Shadows Season 1 Episode 3 Story Explanation In English. Furthermore You Can Check Here Breathe : InTo The Shadows Web Series Review.

Here in the first scene of the Episode, Gaytri and Siya is playing with each other. Then Gaytri goes to bathroom where she is trying to find a way to go out from there. Then she is trying to diging the wall of the bathroom with the help of glass. Suddenly the mask man comes there. Siya gives her a signal then she come out from the bathroom. Where Gaytri is requesting to the mask man plz we need a ventilation. we want to go out from this room, not for long but only 5 to 10minutes. But the mask man didn’t pay attention on her.

Now in the next scene of the episode Abha is preparing a food for her daughter. She is talking with her husband and telling him today –siya is coming so i want to prepare her favourite food.

Here in the next scene Kabir and his sub inspector Parkash go to their office. Where she meet Zeva rizvi who is senior inspector.

Now Avinash is looking Natasha background. So he is following her. Where she found she is launching her new book “Wings & Chains”, And the day when she launch her book, Avinash is also there. Where he heard some speech of Natasha, and then he know she is lesbian. After that he go back in his office.

When he reached in his office he is memorising Pritpal Singh story. Where he suddenly notice the pen of Pritpal Singh. Avinash go to find his pen in same place where he killed him. But Kabir and his team was rescuing there. One guy from his team has found the pen from the place.