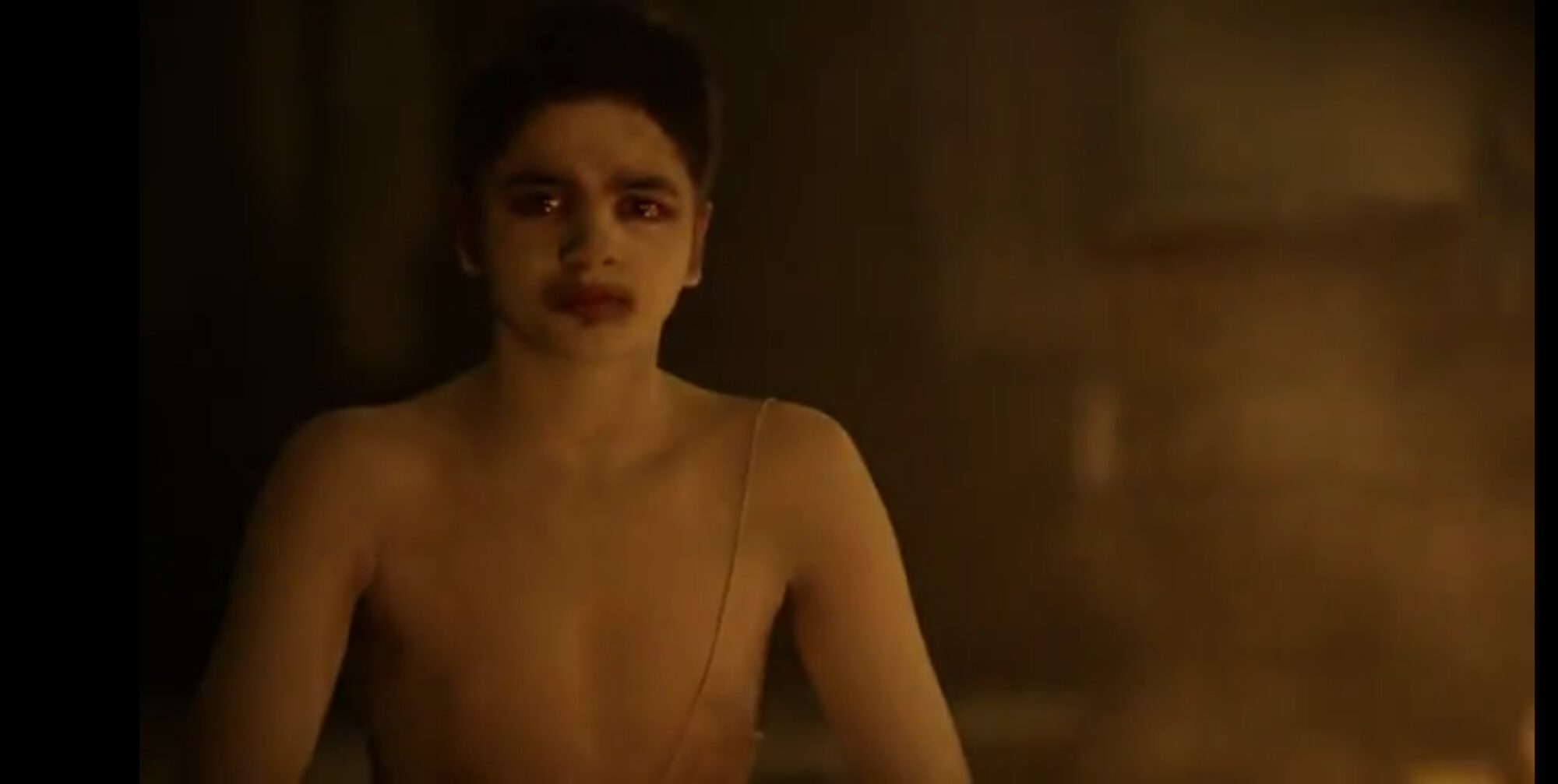 Asur is a psychological crime thriller web series. However you will find the great mixture of thrill, furthermore mystery and crime throughtout the series. Moreover before reading the 1st epiosde of this season check all the major characters of this season. In continuation of this article you will get very easy & detailed explanation of Asur Season 1 Episode 1 Story Explanation.

”The Dead Can Talk”

The episode starts with an eleven year old story, where a young child named Shubh is seen performing puja rituals along side his father and a person. The man then ask to priest have you already got your son into the religious professions ?

Priest reply – its family professions, who else will do it if not him? the man again ask to shubh do you performs weddings?

Meanwhile Priest is requesting for water from his son, and the son is continously starring to his father .

He gave water, and the priest fell into the river from boat .

The young child shubh is emotionless and it is shown that the child presumably poisoned his father.

”The story move on to the present” where a forensic experts Nikhil Nair teaching at the FBI HQ in USA.

In next scene Nikhil return to home here Naina is waiting for him and they have a little daughter named Riya. Then Nikhil ask to Naina how was your day ? After that Naina reply, my day was good, got done with Riya’s homework, packed her bag, washed the dishes, did the laundry. Naina ask to Nikhil what did you do today? Nikhil answer to her, what would i do?

Actually Nikhil doesnt like his teaching job at FBI, beacause in india he worked in CBI in various crime cases and after that in FBI as a boring teacher. He always like to solve the murder mystery and all.

In next scene, one women is working in a restaurant kitchen and suddenly someone came there. His face was covered with a horrible face mask after that he killed that working woman inside the restaurant kitchen and takes her down in another place. Then he burnt the women face very badly in the oven and furthermore covered her face with same horrible mask. After that Nikhil receives coordinates of an unknown location from a mysterious source. Beacuse the murderer send the location to Nikhil.

CBI team start to investigate the case. They said lets prepare to move the body. DR. Dhananjay comes in to the office and ask to Nusrat was the body recognized? Nusrat answer to Dhananjay, it will take some time, sir. Dhananjay say how long?

She reply – sir its hard to say, the face is completely disfigured, in fact there is nothing left and shashank sir wants you to supervise the autopsy.

Here in the next scene Nikhil and Naina are fighting with each other because Nikhil are getting the locations where the murders happening in india. Some one is purposely sending him the locations but no one knows who’s doing this thats why for solving this mystery case he want to join CBI again.

Now Dr Dhananjay rajpoot autopsy is conducting the autospy in the presence of senior scientific officer and the some member of Forensic team.

So Dhananjay start autopsy and say to Nusrat, Victim is a Female, Age is between 30-40, cranial fracture, cause of death could be head injury, right hand one Index Finger is missing and its like, its been cut with a sharp object. Here Dhananjay is confusing, a body that they got seven month ago of an Air India Pilot have the same case and the index finger was missing.

Lolark Dubey say to Dhananjay – sir its seems like a serial killing case. It seems to be the work of one man .

Meanwhile Nusrat reply to Dubey – But this is only case, in which the face and body have been disfigured. But we never found this mask with any other body.

Who died in this Murder Case?

Dhananjay got one parcel from unknown person and it contains one Pen Drive. He then plays the video from the pen drive. After watching the video he gets shocked because in this video his wife Sandhya is being murdered brutally by the unknown serial killer.

Asur web series Review click on the link if you want to watch the review of Asur 2020.