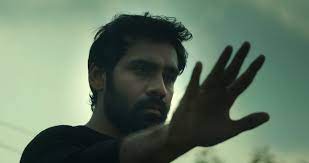 In the starting of this Episode we see, a “scientist Vishnu”. Next scene we see a guy Krishna who is working in ISRO. So Vishnu is making a phone call to Krishna, and asking him to come his house. When Krishna reached there, Vishnu tells him – He discovered something new things.

Vishnu is showing him 21december 2012 date, and saying – civilization had announced, on that day, the world will be destroyed. But that day everything was normal. Vishnu is telling to Krishna further – At which world we are living, this world has created by a special species named “AnuNaki”, and at that time this species was came from future. Moreover we all are computer simulation, that mean what would be we suffer further, and what was happening with us, its all are saved as a programme in a computer.

After heard Vishnu, Krishna is not believing, Therefore Krishna decide to go from there. Meanwhile Vishnu closed his eyes, and there Krishna is seeing another Vishnu in front of him. Moreover Krishna sees his own clone. After that Krishna freezed in one position. Now Vishnu and Krishna is going in Vishnu’s lab, for know full theory behind this magic.

Vishnu is saying – When he fully prepared drifter, after that he used machine, When he entered in this machine, he was able to go in his past. In this machine body will stay at the same world where we are. But our mind will be in conscious state with us, in the Drifter world. When we see future in drifter then we completely forget our past. Moreover when we reached in future, we completely forget everything and we assume that is our present.

Vishnu have a power to monitor his sub-conscious mind, this is why he able to make Krishna’s clone. Now Vishnu can do anything, what he want. But in this experiment his assistent Kalki helped him, to complete the machine work. Kalki is too involve in travel of Drifter visit. That is why he have too a power to control sub conscious mind. Moreover he stolen the blue print of Drifter machine. Because now he wants to rule in this world. But A-solution formula of Machine is only have in Vishnu.

Now A-solution formula of Machine, Vishnu is providing to Krishna, after that Krishna and his ISRO team will work further in this machine, to save the world from Kalki’s hand. Because Kalki wants to destroy all world, and he’s finding Vishnu to take this formula.

When Krishna goes from there, he’s in his car, and watching the solution.

After some time, door bell is ringing in Vishnu’s door, when he opened the door, Vishnu find his friend Krishna and his wife in his door. Now he get socked.

Because the man, from whom he handovered Drifter machine solution he was, Kalki.