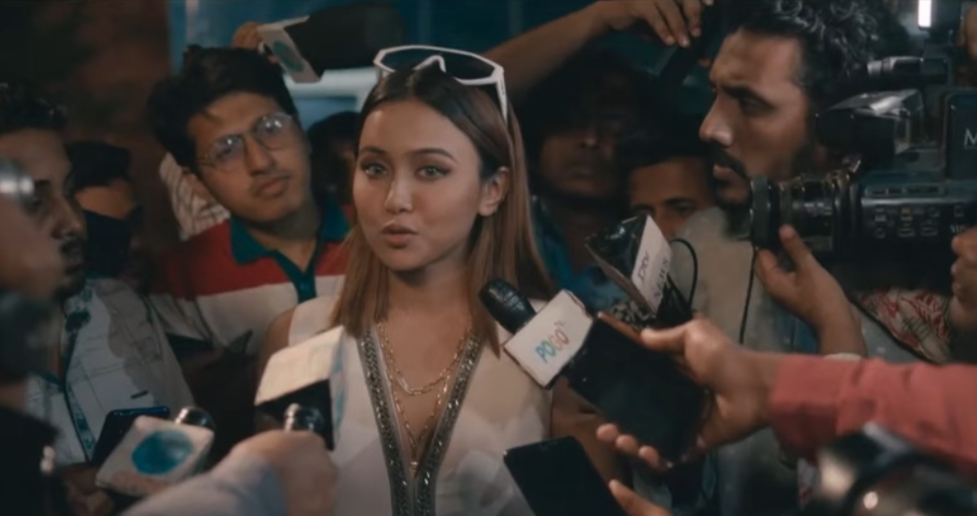 Now Sahana check CCTV photages of accident night, with her team. Where they notice, Accident photages is missing from there. Then Sahana becomes suspicious on Harun, that he is the one here, who can delete all photages.

Sahana is asking Harun about CCTV photages, meanwhile Harun is giving her an excuse, and trying to change the topic. But Sahana is warning him, that she want CCTV photages from anywhere.

Harun is now asking to Moloy – did he tells Sahana, who deleted the CCTV photages? Now Harun is threatning Moloy, After investigation, if not today then tomorrow she will leave from here. After that we two shall work together here, as we was doing. So don’t try to be oversmart.

Then Priyanka meets to Sahana, Actually Sahana calls Priyanka for interrogation regards Afnan. Where Priyanka is telling – At the night of accident, Afnan and Priyanka was together, Furthermore they hangout full night. Priyanka is trying to save Afnan so here she’s lying.

After record her statement, she met to Afnan, but Afnan is looking angry from Priyanka, and he doesn’t want to talk to her. But Priyanka is saying she is the one here, who can help him, to release from this case, so she told to police that Afnan was with me.