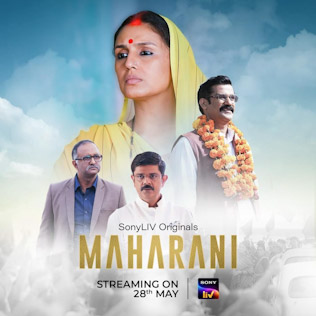 In the next scene, CM Bheema is busy in his village with his family. Furthermore they’re celebrating “CHATH PUJA”, at the same time, two man’s on the bike start to gun firing and CM Bheema injured very badly. Then Bheema admitted in Patna Medical College & Hospital.

Media crowd is gathering in hospital. in the next side, CM secretary Mr.Mishra is warning all police force for grab the culprit. Opposition party leader Gauri Shankar is too in the hospital, because he’s finding the chance of CM-Bheema’s death. After that, politician Naveen have reached there, to ask CM health.

Mr.Mishra is arranging all hospital facility in CM-House. Because he don’t want media and opposition party gather in the hospital. Mr.Mishra is giving statement to media, CM is out of danger, that is why his treatment will be continue at home.

Bheema’s condition is not well, he’s in bed rest of four months, So he’ll take 8 to 9 months for full recovery. So Bheema wants to resign from CM-throne. But he keep some condition of resign, that he’ll decide the next candidate of CM.

Therefore Bhoora(Cabinet) begin the election process, and here we see, MLA,& Ministers, some of them is voting for Naveen, and some for, Gauri Shankar, but the majority with the extra 10 MLA is voting for Bheema. So now Naveen wants to turn all MLA in his side.

Bheema’s wife Rani is looking happy because Bheema resigned, and now they can live together at their village. Meanwhile Rani see some ministers at her home.