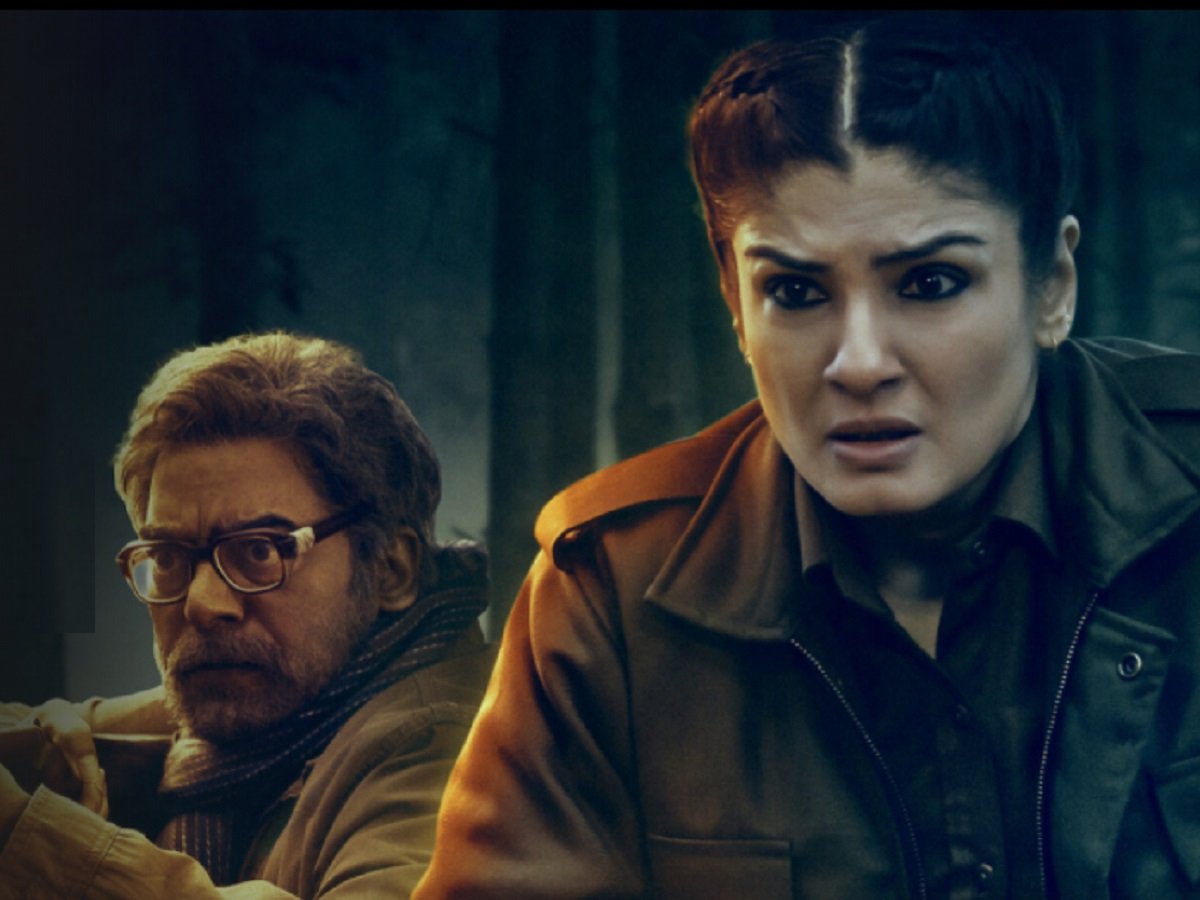 In the beginning of the Episode we see, animal welfare related play is going in a school. Meanwhile one student who’s playing a role of Rabbit, suddenly kidnapped by a mask man. His father name is Angad. Angad is searching his child everywhere, but he unable to find him.

Angad has appointed in Sirona as a new SHO. Because old SHO, Mrs.Kasturi, is taking off for 1 year. Kasturi’s father-in-law(Mahadev) was retired-Sergeant, in the same police station. Meanwhile “julie” goes in police station to file missing report of her daughter Ammie. But Kasturi finds some drugs from Julie, then they take her in police remand.

Mahadev is running behind “Male leopard”, inside the jungle, but he find a dead body of Ammie is hanging on tree. He informed Kasturi and she suddenly came there with her team. Mahadev is thinking that it has done by “Male leopard”. But Angad is not believing in their story.

Now Kasturi and Angad together investigating this case, they’re going in “cafe-sirona”, and here they talk cafes owner Govind Ji. Because last time Ammie with her family, was in their cafe. In the next side doctor reveal Ammie’s autopsy report, someone raped her and then killed, moreover someone prickled on her neck. When Angad goes Hotel-Bom, here manager tells – he saw Ammie, with Kanti, and the same night he booked a room. Angad is interogating Kanti but he’s saying that he didn’t do anything.

Angad and Kasturi invited in Ravi and Nilima’s wedding so they go there. Here Manhas is convincing them, if Bunty is agree, he did everything, then why you’re not closing this case? Meanwhile photographer comes there and showing them Ravi’s video. At the same time, Angad notice a guy there, and he’s Omi, 5year ago who kidnapped his son, in school play. After see that guy, Angad lose his temper, here Manhas informs him, he don’t know who is Omi here, so don’t ruined his daughter’s wedding. After that Angad set all force team, in check points.

Omi’s real name is Kucher. Moreover he works for Manhas.

But Why Manhas and his man trapped Bunty?

Because they know Gagan raped Ammie, and Manhas wants an approval regarding his project, from Ganagn’s father Ashok. But Jagdamba is not passing their project.

Now Police arrested Chotu here he says- Manhas gave them order to kill Ammie, so they killed Ammie, and put her body inside Kanti’s car, to trap Kanti because his mom Jagdamba was not passing Manhas project. But they don’t know how body hanged in a jungle.

In the next side when Manhas gets aware, that police arrested Chotu, Manhas and Kucher leave for Nepal. In the next scene next suspense opens, 19 years ago, man who raped girls and hanged them in a jungle, is “Nandan”(Jagdamba’s Peon). Kasturi goes in Jagdamba house, and she was not there. Therefore Kasturi find Jagdamba in same jungle, and Nandan is attacking on her neck. Mahadev is fighting with Nandan. Other side Angad stopped Manhas car, while they are leaving. But here Kuchar fired a gun on Angad, and then he fired back on him. In a wounded condition, Angad is asking from Kuchar where is his son? Then Kuchar reply he’s alive, after that he shot one more time, and Angad fall down there.

Now we see a young boy who is secretly selling drugs and telling his name “Rabbit”. He is Angad’s son. Furthermore we see some shadow in jungle. Which wi;ll continue in next season.