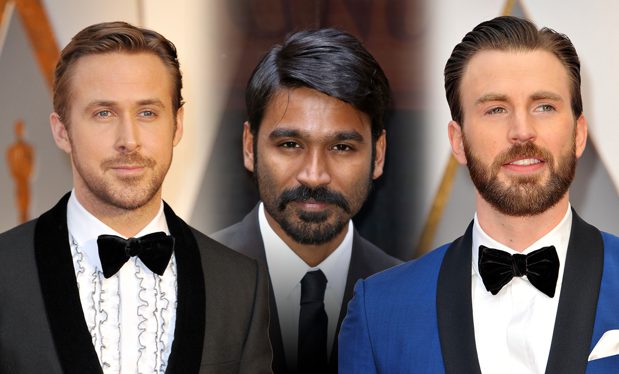 Dhanush full name is Venkatesh Prabhu Kasthuri Raja. Dhanush works in Tamil cinema. Furthermore he is an Indian Tollywood Actor, director, writer and also a singer. Consequently He famoused by his singing and got viral after release Kolaveri di song. So he is a multi – talented actor of india Southern industry. Then Actor Dhanush From South Movie Will Works In Hollywood Movie.

So this movie featuring by Dhanush with many other hollywood star – Ryan Gosslings, & Chris Evans. Moreover this movie will released in Netflix online plateform. A photo’s of Dhanush has shared by Netflix film.

So the Director of Dhanush upcoming hollywood movie “The Gray Man” is – Russo brother.

Subsequently the director of this movie Russo brother have directed the movie “Avengers”.

Moreover He is one of the versatile actor of Indian southern industry, and he have done many hit movie in his career. After that he have also debuted in Indian bollywood movie in year of 2013 directed by Anand’ L’ Rai’s, movie name Ranjhnaa with co-star Sonam Kapoor.

“Actor Dhanush From South Movie Will Works In Hollywood Movie”